“Experimental rabbits”: Russia is testing its new vaccine against COVID-19 in Donbass – intelligence

Ukrainian intelligence claims that Russia is misleading ORDLO residents and vaccinating them with the wrong drug. 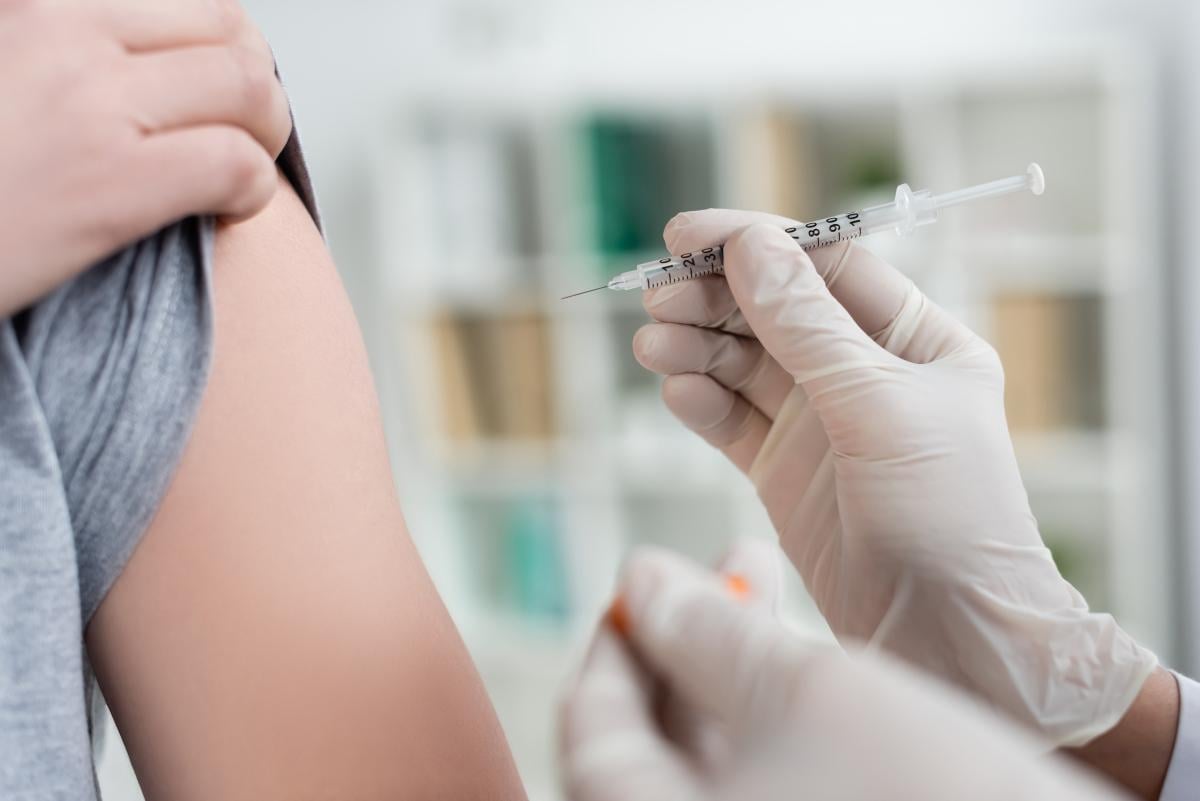 According to Ukrainian intelligence, Russia is testing an analogue of the Sputnik V vaccine on ORDLO residents / photo ua. depositphotos.com

Residents of the occupied territories of Donetsk and Luhansk regions can become guinea pigs to test a new version of the Sputnik Light vaccine .

This was announced on Monday, August 2, by the  Main Intelligence Directorate of the Ministry of Defense of Ukraine.

“Having conducted an agitation campaign in the temporarily occupied territories of Ukraine for vaccination with Sputnik V, the Russian Federation is actually using not this vaccine, but its one-component counterpart Sputnik Light, thereby misleading people,” the statement said.

Ukrainian intelligence emphasizes that Sputnik Light, developed on the basis of the Sputnik V vaccine, has not been approved for use by the European Medicines Agency (EMA) and the World Health Organization (WHO).

“Residents of the so-called LDNR can become banal guinea pigs for Russian pharmacists who try a new version of their Sputnik Light vaccine before offering it to Russians. If the two-component Russian Sputnik V vaccine has a number of side effects, the question arises as to how many such effects it has. its one-component descendant. Probably, their number is much larger “, – also notes the department.

At the same time, according to the Main Directorate of Ukrainian Intelligence, after the tests, Russia will not bear any responsibility for the death or illness of people in the occupied territories of Donbass, while the test results on Russian citizens will fall entirely on the shoulders of Russian pharmacists. 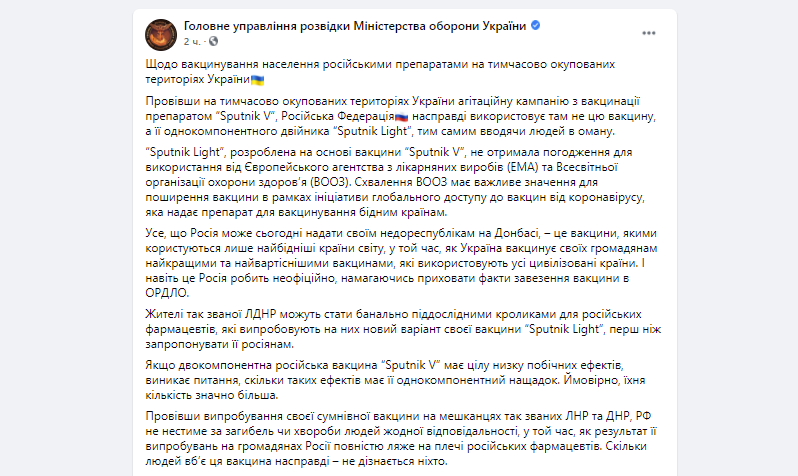