Thus, the last two figures of the Monument of Glory were dismantled. They will now be housed in the Territory of Terror Museum. 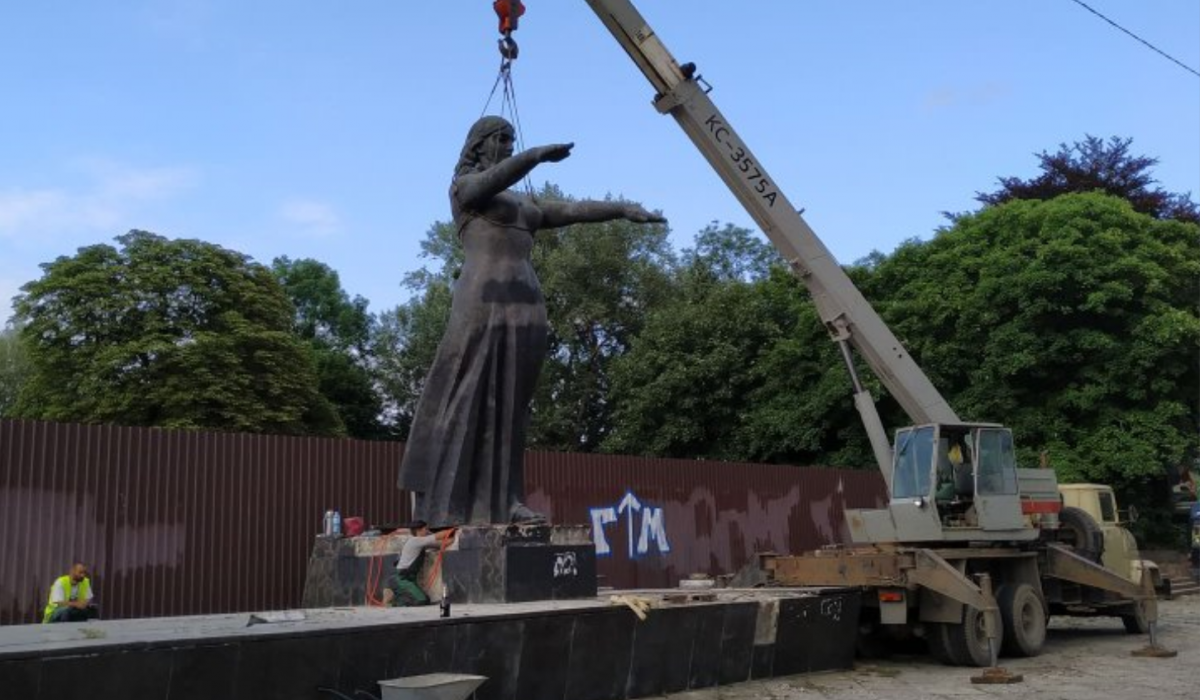 The figure of the “Motherland” was finally dismantled / photo: zaxid.net

The last two figures of the local Monument of Glory were dismantled in Lviv today , including the Lviv “Motherland”.

According to  zaxid.net , the figure of a Soviet soldier was also dismantled.

Like the previous elements of the monument, they were sent to the Territory of Terror Museum. Today’s dismantling, the media writes, attracted the attention of passers-by who took photos and videos. 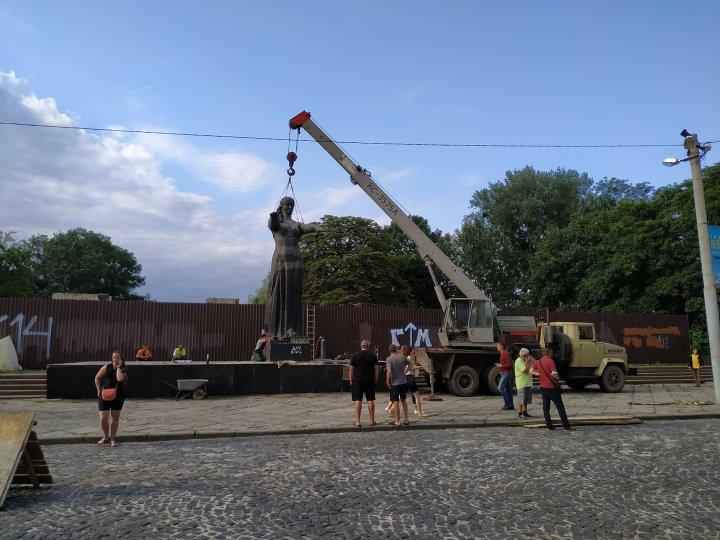 Monument of Glory in Lviv – what is known about it

The ensemble of the Monument of Military Glory of the Soviet Armed Forces was made of stone and bronze. The author’s team worked on it, which included sculptors Dmytro Krvavych, Emmanuel Mysko, Yaroslav Motyka, monumental artist Oleksandr Pyrozhkov, architects Myron Wendzilovych and Apollon Ogranovych. The Monument was opened in 1970.

The ensemble consisted of a 30-meter concrete pylon lined with granite tiles, a bronze central group and a massive reinforced concrete stele lined with labradorite, with large reliefs of wrought copper.

Back in May 2007, the Lviv City Council set up a commission to consider the possible dismantling of the memorial or the removal of some of its elements as “imperial-Bolshevik symbols.” However, only in February 2018, the Lviv City Hall decided to dismantle the emergency 30-meter pylon of the Monument of Glory. Disassembly began a year later, and in March 2019 on the third attempt demolished a 30-meter stele. In April 2021, a new stage of dismantling began – the dismantling of its bas-reliefs. A museum of the Ukrainian soldier is planned to be built on the site of the Monument of Glory.