Politico: US urges Ukraine to refrain from criticizing agreement with Germany on Nord Stream 2

At the same time, a high-ranking official from the Biden Administration challenged this remark, noting that the situation is more complicated. 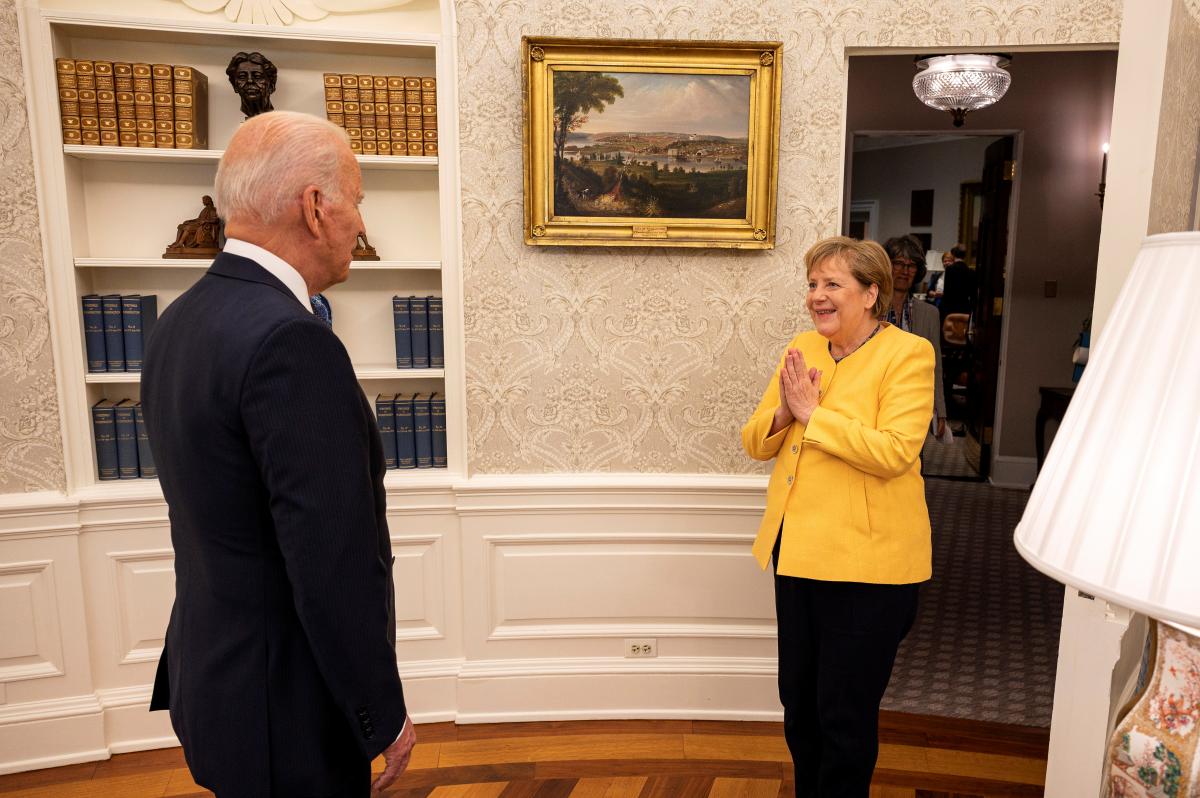 On July 16, Merkel discussed with Biden the completion of PP-2 / Photo: REUTERS

The White House has called on Bankova to refrain from criticizing the US-Germany Nord Stream 2 agreement .

This was reported by Politico , citing four knowledgeable sources.

According to the interlocutors, US officials explained that such criticism could damage bilateral relations between Washington and Kyiv. Ukraine was also urged not to discuss potential US and German plans with Congress.

At the same time, a high-ranking official from the Biden Administration challenged this remark, noting that the situation was more complicated, but refused to share additional information.

An interlocutor close to President Volodymyr Zelensky explained to Politico that Kyiv believes that US sanctions could stop the construction of the Russian gas pipeline. According to him, Bankova is still categorically against “PP-2”.

According to Reuters , in the coming days, the United States and Germany will announce an agreement to resolve the dispute over Nord Stream-2. The agreement should prevent the resumption of US sanctions against Nord Stream 2 AG.

At the same time, Bloomberg writes that the parties may apply new sanctions and other measures against the Russian Federation if Moscow uses the pipeline for political purposes.

Washington sent an adviser to the US State Department on the PP-2 agreement on July 20-21 to Ukraine and then to Poland. Both countries have publicly condemned Germany’s intentions to resume completion of the Kremlin’s gas pipeline.

What is known about the fate of  Nord Stream-2