The agreement will be finalized before the visit of Ukrainian President Volodymyr Zelensky to the United States. 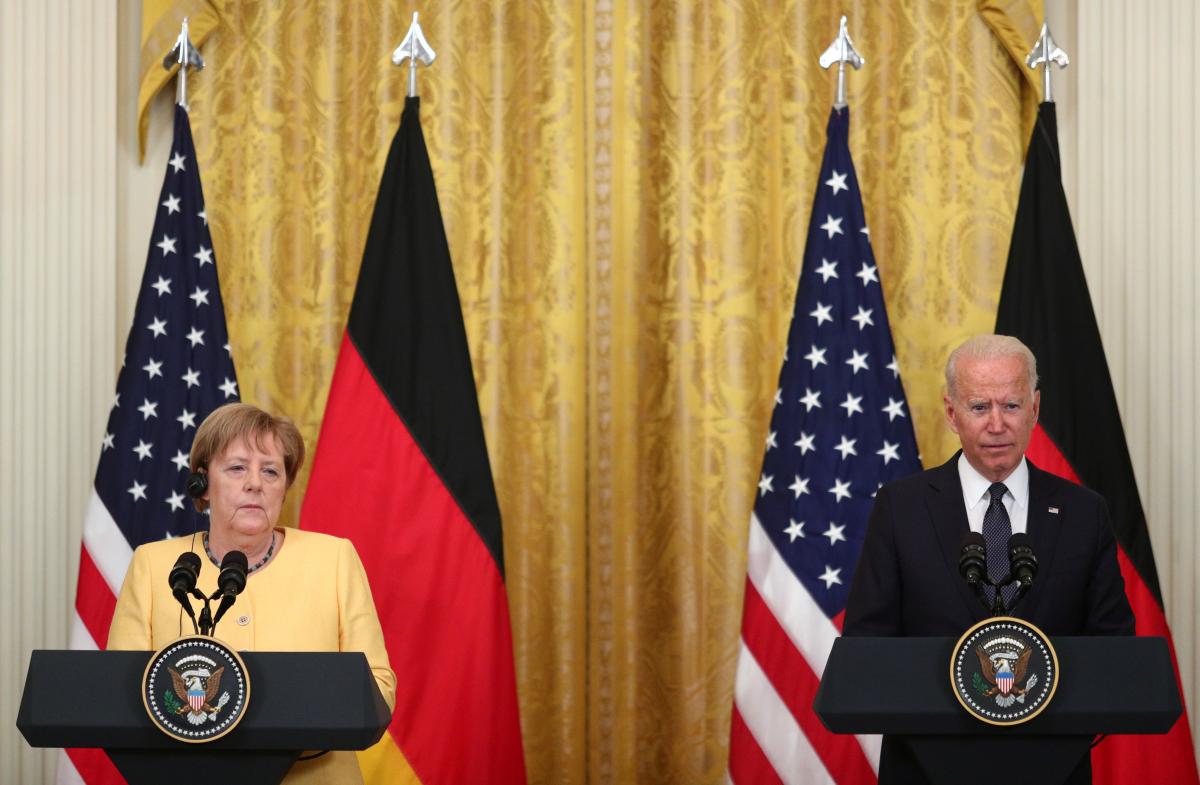 Biden and Merkel are preparing sanctions against Russia / Photo: REUTERS

The United States and Germany may impose new sanctions and other measures on the Russian Federation. Restrictions may apply if Moscow uses  the Nord Stream-2 gas pipeline  as a weapon against Ukraine.

The document stipulates that Germany must take measures if Russia uses Nord Stream 2 to put pressure on Ukraine or intensify aggression against Kyiv. In addition, Berlin must call on the EU to take retaliatory steps, including sanctions on Russian energy exports.

According to one American official, the wording is ambiguous so as not to reveal to Moscow plans to respond to potential aggressive actions. It is noted that they may even resort to restricting Russian gas supplies to Germany.

The draft agreement provides for a billion-dollar investment in a green fund to help Ukraine transition to more environmentally friendly energy sources. Of this amount, Germany should give $ 175 million. In addition, Berlin must appoint a special envoy to support bilateral energy projects with Kyiv. It is planned to allocate 70 million dollars for this purpose.

Germany also undertakes to use leverage to continue the transit of Russian gas through Ukraine for another 10 years after the end of the agreement in 2024.

It is expected that the agreement will be finalized before the visit of President of Ukraine Volodymyr Zelensky to the United States.