According to preliminary data, the faction supported Zelensky’s proposal. 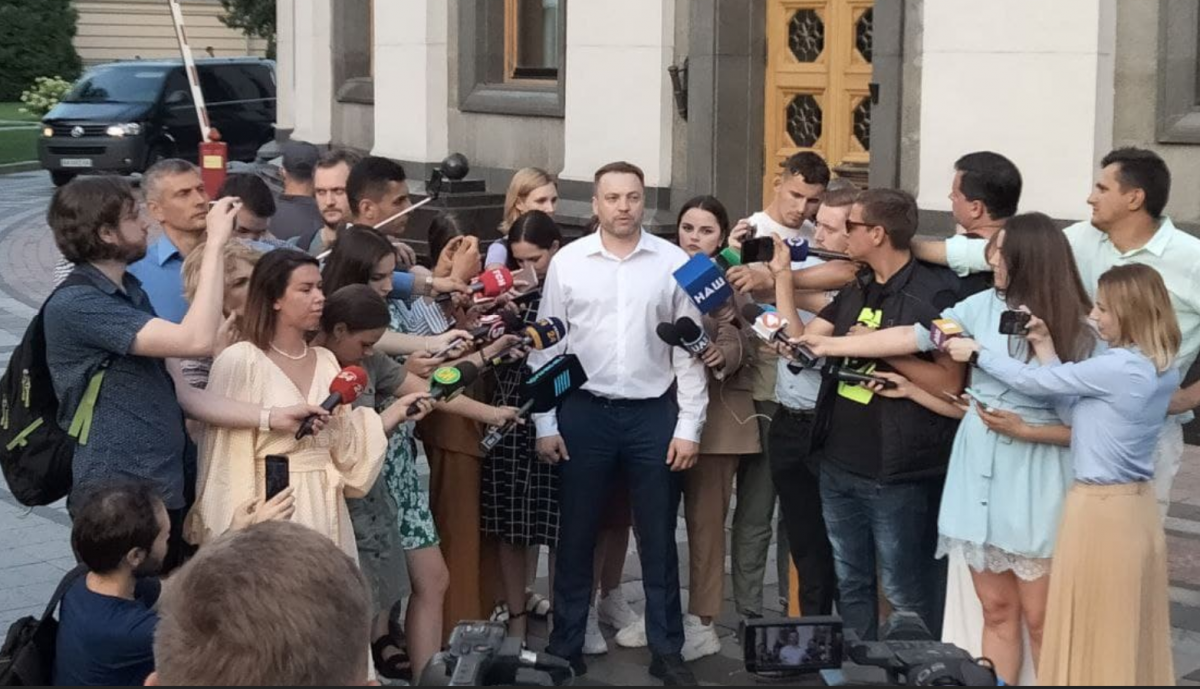 At a meeting of the parliamentary faction “Servant of the People”, President of Ukraine Volodymyr Zelensky proposed appointing Denis Monastyrsky, People’s Deputy, Minister of Internal Affairs.

The People’s Deputy from SN Olga Vasilevskaya-Smaglyuk reported about it in the Telegram channel. According to her, the application of the current Minister of Internal Affairs Arsen Avakov for dismissal has already been received by the Verkhovna Rada.

“Voting for Avakov’s resignation is planned for Thursday. The president has nominated People’s Deputy Denis Monastyrsky for the post of Interior Minister,” she wrote.

This information is confirmed by another “Servant of the People” Alexander Kachura. According to him, Prime Minister Denis Shmygal is also present at the meeting.

The media, meanwhile, reported that the faction supported Zelensky’s proposal. As ex-People’s Deputy Serhiy Leshchenko said at 7:59 p.m., President Zelensky’s meeting with the Servant of the People faction is over, other personnel issues have not been discussed.

It should be noted that according to the Constitution of Ukraine, the President has no right to nominate ministers. Only the Prime Minister has the appropriate authority.

Denis Monastyrsky – who is he

Monastyrsky taught management and law at Khmelnytsky University, headed the department of lawmaking and scientific expertise. From 2015 to 2017 he held the position of a lawyer in the company “Legal Consulting”.

He was an assistant to People’s Deputy Anton Gerashchenko during the Verkhovna Rada of the eighth convocation. Today Gerashchenko is Avakov’s deputy.

In 2019 he was elected to the Verkhovna Rada from the “Servant of the People”. At the time of the election, he was an expert on law enforcement and judicial reform at the Ukrainian Institute of the Future Analytical Center.

“Thank you to the team of the Ministry of Internal Affairs for the years of joint work. Thank you to every officer, private and employee. I am honored!” Avakov commented.