In his article, the Russian president tries to justify his opinion about the “unity” of Russians in a single language and the Orthodox faith. 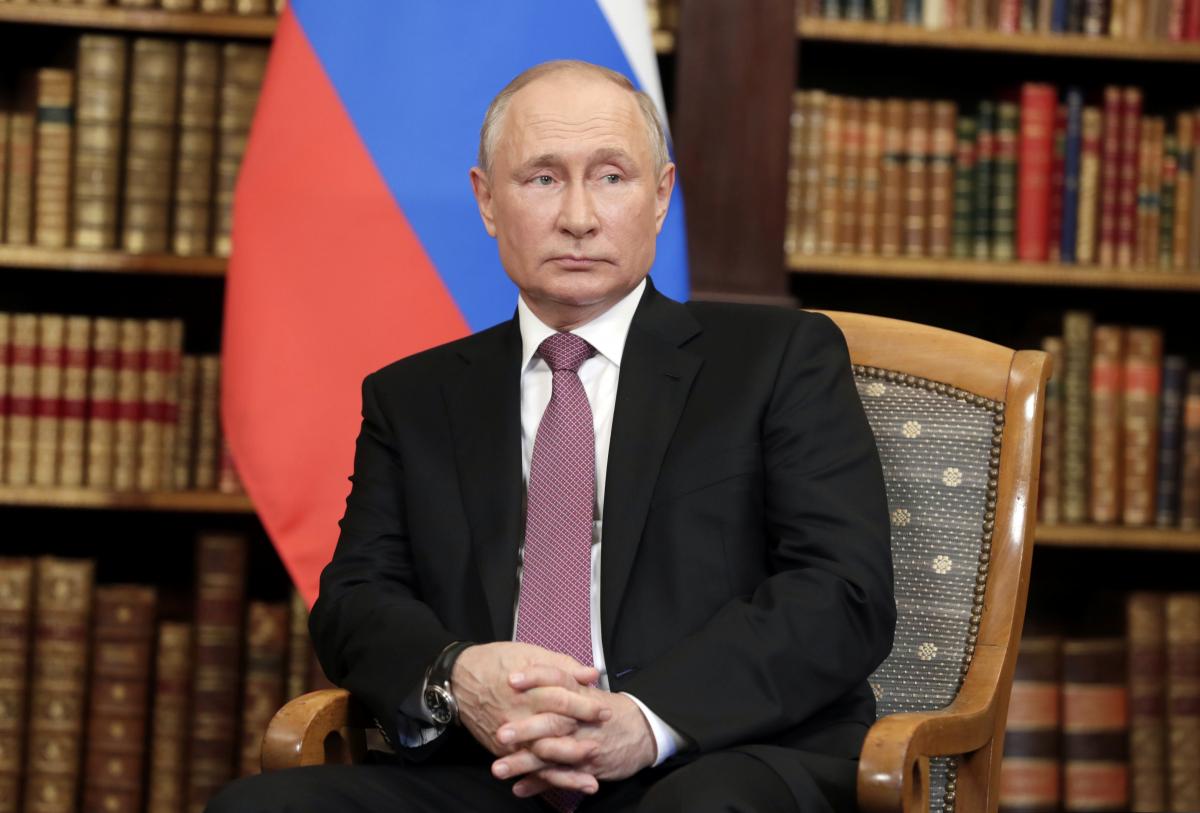 According to Putin, the Ukrainian authorities have decided to justify Ukraine’s independence by “denying its past” / photo – REUTERS

The President of the Russian Federation, Vladimir Putin, wrote an article “On the Historical Unity of Russians and Ukrainians.” At the same time, he spoke about the name of Ukraine and gave his interpretation of the word “Ukrainian”.

As the Russian president said in an article posted on the Kremlin’s website, he decided to set out his position in detail, share assessments of the current situation, and prove that “Russians and Ukrainians are one people, one whole.”

According to Putin, “the name” Ukraine “was then used more often in the sense in which the ancient Russian word” outskirts “is found in written sources since the XII century, when it came to various border areas.”

According to the President of the Russian Federation, “the word” Ukrainian “, judging also on the basis of archival documents, originally meant border officials who provided protection of external borders.”

“I see the wall that has emerged in recent years between Russia and Ukraine, between parts of essentially the same historical and spiritual space, as a great common misfortune, as a tragedy. First of all, it is the result of our own mistakes, which we made at different times. the result of the purposeful work of those forces that have always sought to undermine our unity, “Putin wrote.

The Russian president believes that after the fragmentation of ancient Russia and the devastating invasion of Batu in the thirteenth century, “in the western and eastern n lands spoke the same language,” “the faith was Orthodox,” and “until the middle of the fifteenth century a single church leadership.

At the same time, he notes that “in the XVI – XVII centuries the liberation movement of the Orthodox population of the Dnieper grew”, because after the conclusion of the Lublin Union in 1569 between the Grand Duchy of Lithuania and the Kingdom of Poland, and the Brest Union in 1596, ” “I was pushed out.”

“The turning point was the events during the hetmanship of Bohdan Khmelnytsky. His supporters tried to gain autonomy from the Commonwealth,” Putin wrote.

The President of the Russian Federation writes about Bohdan Khmelnytsky’s address to Moscow, which was considered by the Zemsky Sobors. In a letter to Moscow in 1654, B. Khmelnytsky thanked Tsar Alexei Mikhailovich for “allowing the whole Zaporozhian Army and the whole Orthodox Russian world to accept his tsarist one under a strong and high hand.” Russian tsar, the Cossacks identified themselves as Russian Orthodox people, “- says Putin.

Putin then dwells on the fact that “during the protracted war between the Russian state and the Polish-Lithuanian Commonwealth, some of the hetmans, Khmelnytsky’s successors, either” moved away “from Moscow or sought support from Sweden, Poland, and Turkey.”

The war was, in fact, liberating. It ended with the Andrusiv Armistice of 1667. The final results were consolidated by the Eternal Peace of 1686. The Russian state included the city of Kyiv and the lands of the left bank of the Dnieper, including Poltava and Chernihiv. , as well as Zaporozhye. Their inhabitants reunited with the bulk of the Russian Orthodox people. The name “Little Russia” (Little Russia) was established in this area, “Putin wrote.

Also the president of the Russian Federation, as already reported by UNIAN, in the article about “brotherly people” accused Kiev of “bloody provocations” in Donbass