According to the Ukrainian head of state, Russian “certification” in Donbas is evidence that the “Minsk agreements” are not being implemented by Russia. 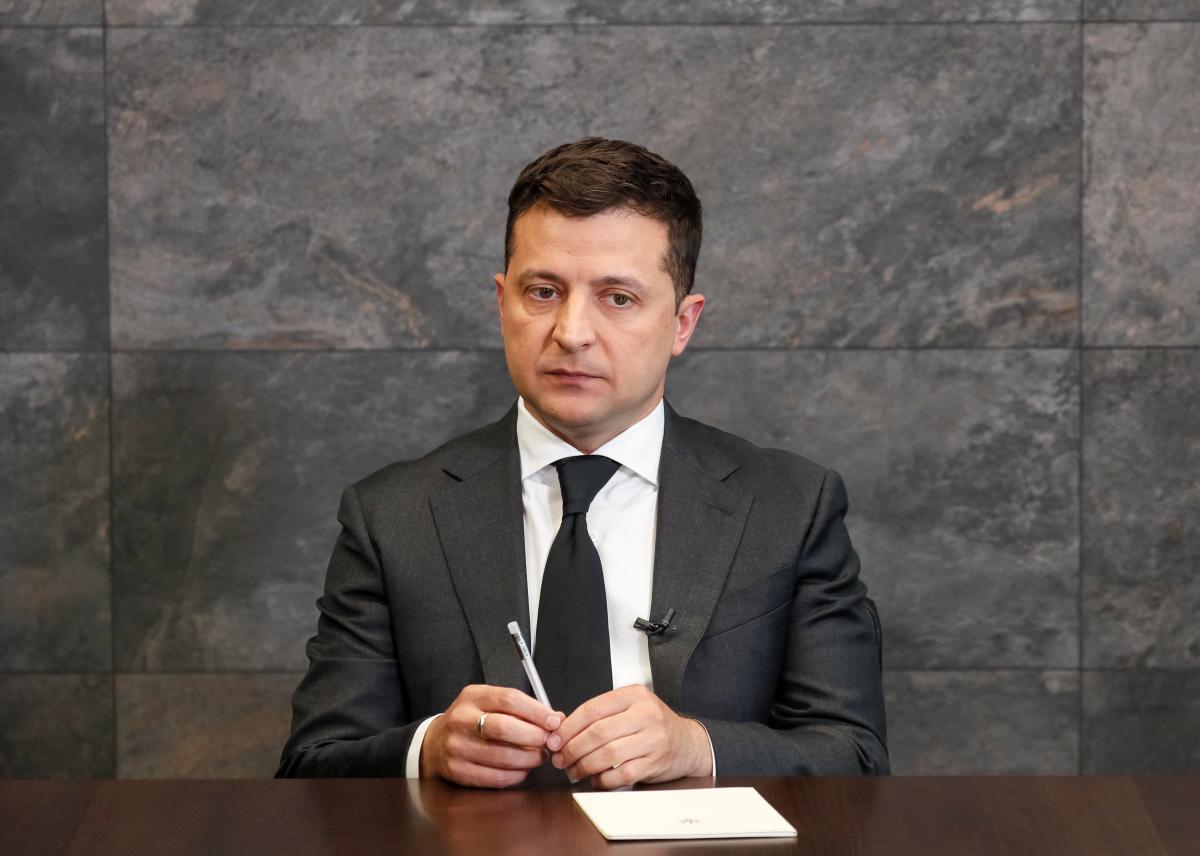 Volodymyr Zelenskyi spoke about the Minsk agreements / photo by REUTERS

The President of Ukraine Volodymyr Zelensky called the Minsk Agreements a “barely alive” document and is convinced that his meetings with the Presidents of the United States and Russia could form a new agenda in resolving the situation in Donbas.

The head of state told about it on air of the program “VIP with Natalia Moseychuk” on the 1 + 1 TV channel .

Zelensky noted that according to the Secretary of the National Security and Defense Council Alexei Danilov, the Russian Federation has already issued 650 thousand of its passports to Donbass, of which 350-400 thousand are confirmed.

“These people live there with both Russian and Ukrainian passports. This is a big problem of certification. This is not in the Minsk agreements. This means that they are being violated by the Russian Federation, ”he said.

According to the Ukrainian head of state, the Russian “certification” in Donbas is evidence that the “Minsk agreements” are not being implemented by Russia.

“He (” Minsk “- UNIAN) was born barely alive. What was signed in 2015, I think, is barely alive. The question is that today it is “Normandy”, based on “Minsk”, or “Minsk”, based on the meeting in “Normandy”. This is the only document and should not be closed, but it is necessary to open another agenda (agenda – UNIAN). I believe that the meeting with the President of Russia and my meeting with the President of the United States may provide a different agenda in resolving these issues. At least, we need to try, ”Zelensky is convinced.

In a video address on April 20, President Zelensky invited Putin to meet “anywhere” in the Donbass where the war is going on.

On April 22, Putin declared his readiness to discuss bilateral relations with Zelensky in Moscow at any convenient time, but refused to discuss the “Donbass problem.” At the same time, he reiterated that in order to solve the “Donbass problem,” the Ukrainian leadership needs to communicate with Russian-controlled militants from the DNR and LNR, and only then with Russia.

On April 26, Zelensky announced preparations for a meeting with the Russian president and said that the relevant instructions had been given to the head of the OP, Andriy Yermak.

In an interview with the Italian newspaper La Repubblica, Zelensky expressed confidence that his bilateral meeting with Putin would take place, and did not rule out that the venue could be the Vatican. Zelensky also suggested that his direct talks with Putin could prevent the escalation of Russia’s aggressive actions.

In turn, the Kremlin said there was no specifics about the meeting between Zelensky and Putin.