In Russia, the filming of a video message for Putin’s “straight line” ended with the detention of participants

In the video, people asked the president to keep the stadium. They were detained for an uncoordinated rally. 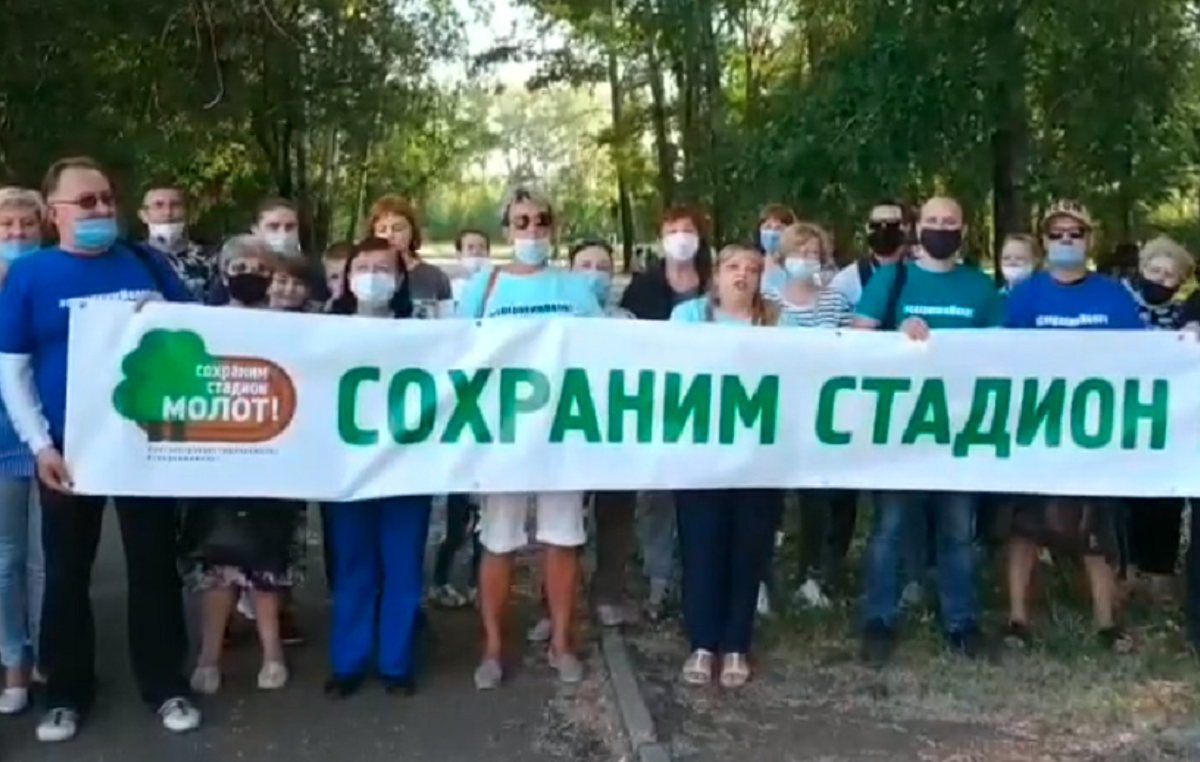 In Perm, three members of the initiative group against the construction of the local stadium “Hammer” were detained for recording a video message to Russian President Vladimir Putin : they were shooting a video for his “straight line”.

The territory is going to be built with residential houses, in the next five years there will be 1,200 new apartments, multi-level parking, a swimming pool with a bowl 50 meters long, a boulevard, two streets and a square.

Locals have decided to record a video address to Putin for his traditional “hotline” asking to keep the stadium.

A representative of the initiative group, Olena Germanova, printed a poster reading “We will save the Molot Stadium.”

“The authorities do not see any violations, the stadium has been in a state of disrepair for a long time. A paid parking lot has been opened there. Recording a video message to the president is not a violation of the law. We were all in medical masks. we started to disperse, the exit of my car was blocked by traffic police officers. They started checking me for fines and insurance. But they didn’t find anything. The traffic police officers took my documents and locked me in the car, “Germanova said.

As a result, she, as well as two other residents – Natalia Medvedeva and Alexander Zinin – were told to drive to the department. In case of resistance, police officers promised to use physical force.

The detainees in the department drew up reports on the grounds of an offense – organization and participation in an unauthorized rally.

Germanova was issued a protocol under Part 2 of Article 20.2 of the Administrative Code “Violation of the established procedure for organizing or holding a meeting, rally, demonstration, march or picket.” According to the report, the woman ignored the warning of the police to stop the uncoordinated action.

Detainees face fines ranging from 20 to 30 thousand rubles or compulsory labor for up to 50 hours, or administrative arrest for up to 10 days.