At the same time, according to the Russian president, his country allegedly “never dictates its will to other countries.” 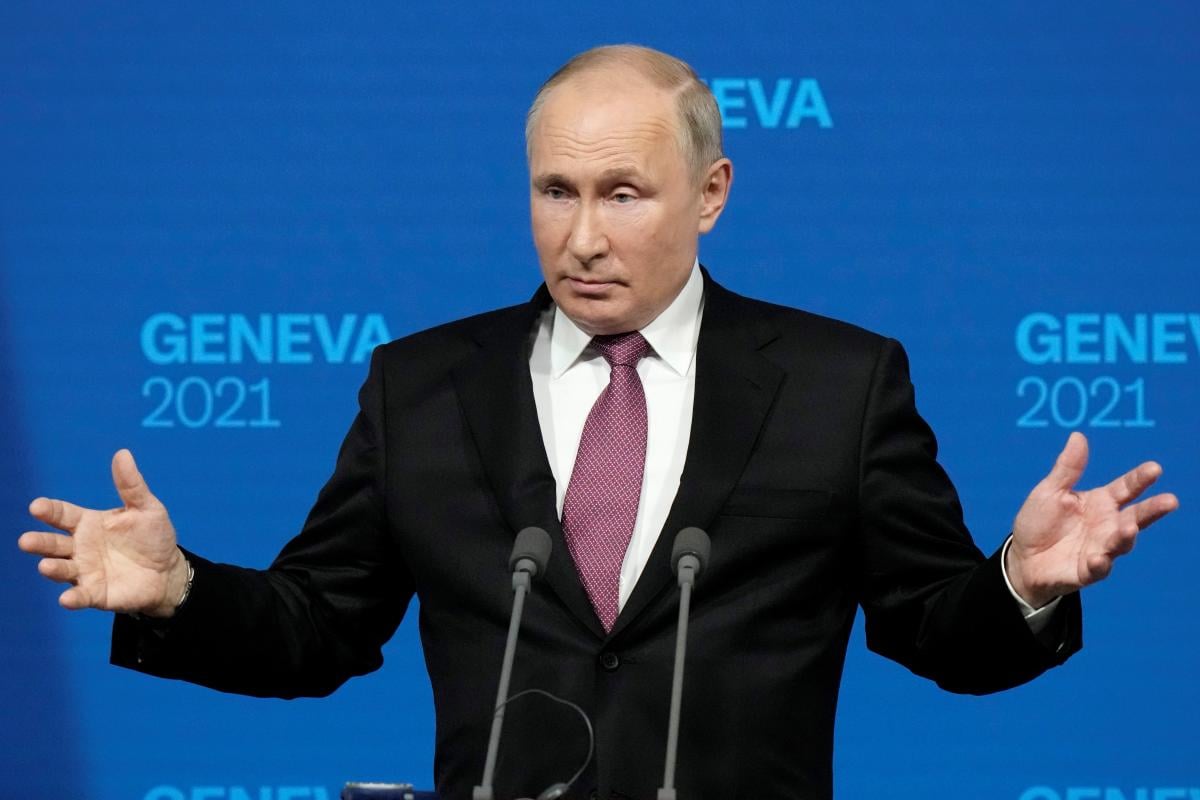 According to Vladimir Putin, Russia remembers “responsibility for the security and prosperity of neighboring countries .”

The President of the Russian Federation stated this in a video address to the participants and guests of the IX Moscow Conference on International Security, on Wednesday, June 23, published on the Kremlin’s website .

“Russia never forgets the responsibility it bears for the security and prosperity of neighboring countries with which we have inseparable historical, cultural and human ties. We intend to continue to contribute to the de-escalation of regional conflicts, peace and stability on our common continent.” , – the Russian president told.

He also noted that Russia “cannot but be concerned about the continued build-up of NATO’s military capabilities and infrastructure near Russia’s borders” and that the Alliance refused to constructively consider Russia’s proposals to de-escalate tensions and “reduce the risk of unforeseen incidents.”

In addition, Putin said that Russia is actively promoting the settlement of regional conflicts and cited the example of the country’s actions in Syria and Nagorno-Karabakh.

At the same time, the Russian president claims that the Russian government allegedly “never dictates its will to other countries , is ready on equal terms, using political and diplomatic methods, to participate in solving global and regional problems, to expand creative cooperation with all countries.”

“We develop our defense capabilities on the basis of the principle of reasonable sufficiency and do not strive for a decisive, unilateral military advantage and a balance of power in our favor, especially in such a sensitive area as strategic stability. But we will never allow anyone to shift that balance to himself, “Putin also said.http://kremlin.ru/misc/65904/videos/4809

Russia and neighboring countries: other news

Earlier , a bill was introduced in the State Duma of Russia , which provides for the citizens of Belarus and Ukraine the opportunity to obtain Russian citizenship through repatriation – as representatives of peoples who “historically live in Russia.”

The Russian Embassy in Washington has called on the United States and its NATO allies to refrain from holding joint Sea Breeze-2021 military exercises with Ukraine in the Black Sea. According to the Russian embassy, ​​such exercises “increase the risk of unintentional incidents. Encourage militaristic sentiments in Kyiv.”