In the Levoberezhny district of Mariupol, a large-scale reconstruction of the beach is underway, which will meet European standards. There is a promenade area with bike paths, a pine forest, sports grounds, a barbecue area, a camping with Wi-Fi access modules and floating piers.

According to PR.UA , large-scale work is currently underway at the facility – for the first time in the history of the city, a full-fledged sewerage system has appeared on the coast along Vinogradnaya Street. Wide pedestrian paths are arranged and laid out by the fame, which will eventually turn into a full-fledged promenade zone – a place for leisurely walks along the coast. 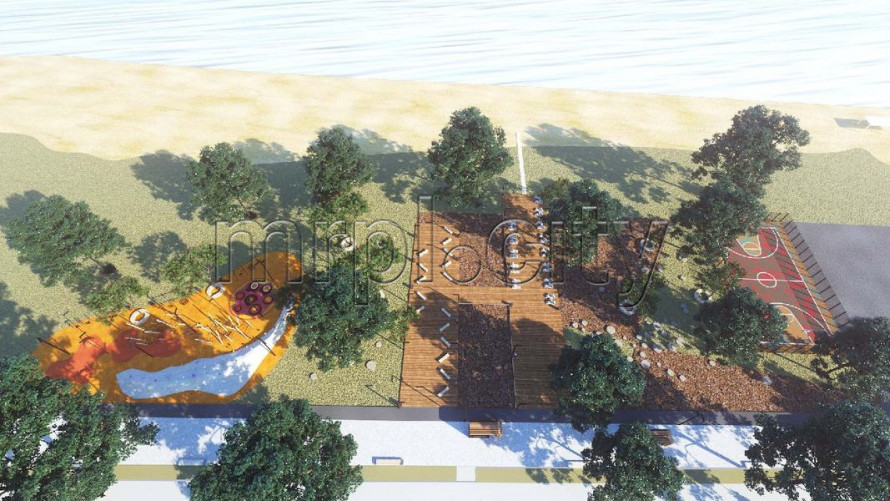 Igor Radchenko, a senior engineer of the capital construction department of the Mariupol City Council, told about what and in what time frame will be created on this beach.

“Along the descent from Lomizova Street to Vinogradnaya, communications have been completely replaced, now road curbs are being laid there. And the pedestrian road will be equipped approximately in 10-14 days, depending on the weather, ”he said.

As for the reconstruction of the entire Levoberezhnaya embankment, this is a whole complex of works, consisting of several projects. 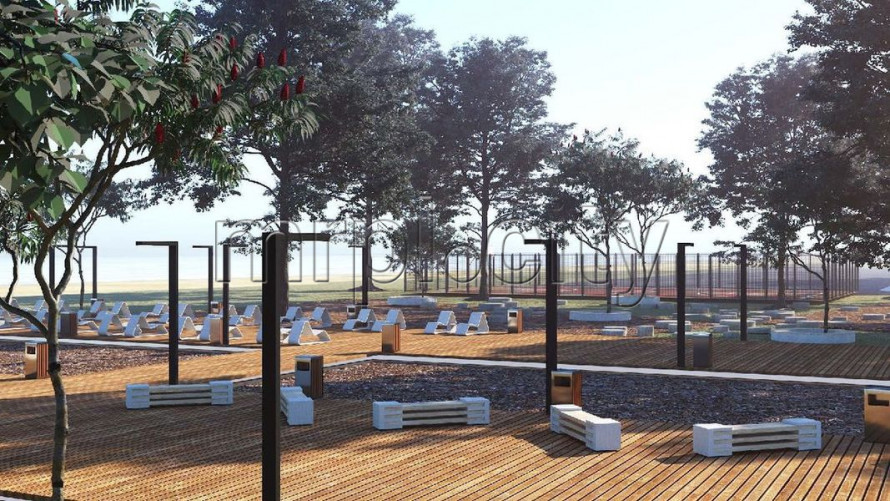 “Initial projects are being implemented at the expense of regional funds. This is the laying of sewerage and other work, – continued Igor Radchenko. – At the moment, the creation of two pumping stations has been completed, which will serve the collector and the construction of the third has already started. The total cost of their construction is about 74 million hryvnia. “

Also in the plans is the laying of sidewalk roads with a length of 1.9 kilometers (95% completed) and bicycle paths with circular turns – 1.7 kilometers (80% completed).

Young pines have already been planted in the green zone, which will eventually grow into a full-fledged pine forest. The next step is the installation of benches, drinking fountains, bicycle parking, platforms with showers, and a platform with a sundial. Also, a new water supply system is being laid along the entire embankment. 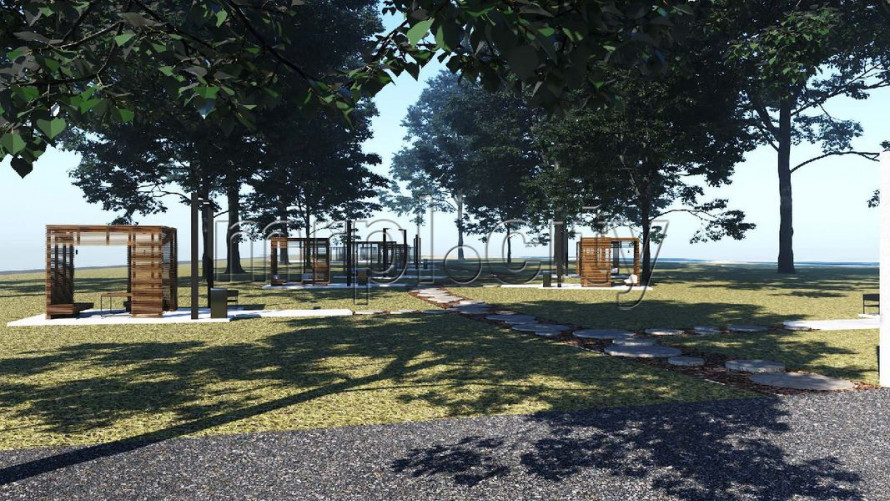 All this, according to Igor Radchenko, is only the first stage of reconstruction, which is planned to be completed in September. The creation of the plan will cost 27 million hryvnia. The customer of the work is the Department of Ecology and Natural Resources of the Donetsk Regional State Administration.

The second part of the reconstruction has been carried out since April and is carried out at the expense of the city.

“At present, the cost of the second stage is UAH 21 million,” said the senior engineer of the UKS. – It includes the arrangement of sports infrastructure – sports grounds for beach football, volleyball, workout, playgrounds and for people with disabilities. As well as special places for inflatable attractions, car parks ”. 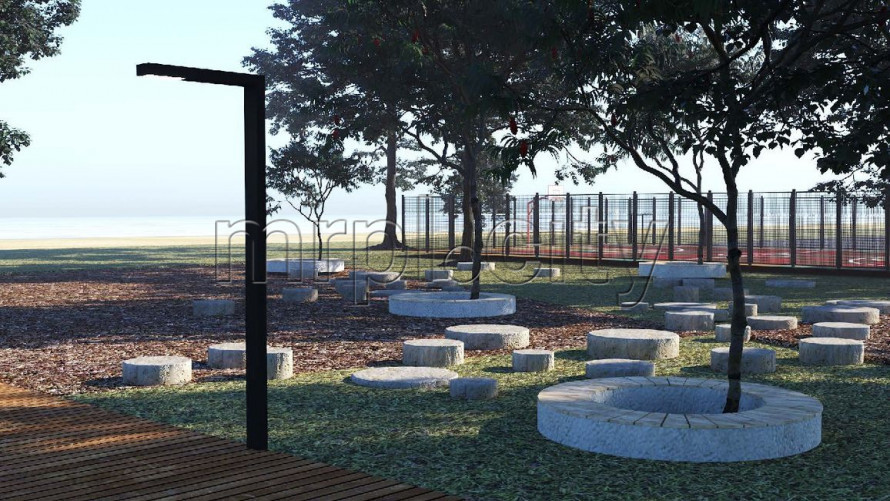 The project provides for the installation of shady canopies, changing rooms, benches, ballot boxes. For lovers of barbecue, a civilized barbecue area with gazebos and comfortable furniture will be created.

As part of the reconstruction, new modern street lighting is also provided – the entire area of ​​the embankment will be illuminated in the dark with the help of modern energy-efficient LED lamps.

The final stage of the reconstruction is still being designed and interesting proposals are being made. The project itself will be ready around July. 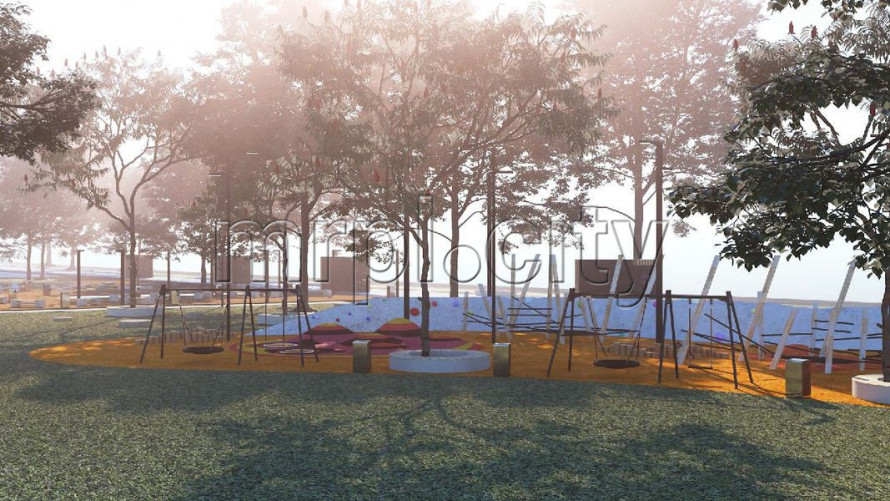 It includes the creation of two entrance modules, consisting of toilets and showers. It will be a beautiful concrete structure. The modules will be installed opposite the slopes to the sea – from Morskoy Boulevard and the street of the Ukrainian Cossacks. Modern modular toilets will also be installed along the beach on Vinogradnaya Street.

And that’s not all, either. Two light floating 300-meter piers will be built in the sea – opposite the slopes to the coast. The plans also include the construction of a terrace area.

“The concept of reconstruction of the embankment is the unification of the natural zone on the Left Bank with the modern one,” explained Igor Radchenko. – In the plan – the creation of a camping area, which will provide electricity, water supply and even Wi-Fi. We will also install a new rescue tower, add external lighting and plant greenery in areas where there are no trees and shrubs now. “ 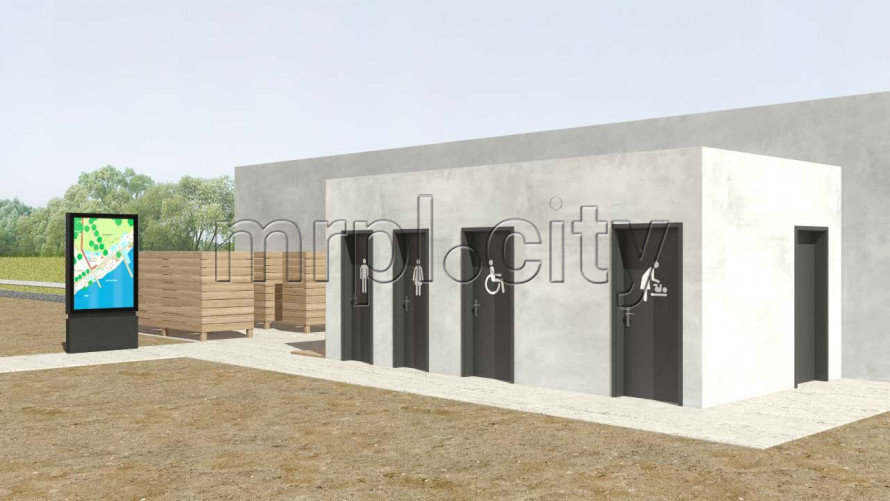 The staircase is being repaired today, the cost of the work is about 45 million hryvnia. At present, reinforced concrete structures are being dismantled there, and outdoor lighting is being carried out. Then – landscaping.

But the project for the reconstruction of the descent down the street of the Ukrainian Cossacks is now being designed. The project is scheduled to be received in August.

It is planned to implement everything conceived, according to the concept developed by the world-famous French company Beten Ingénierie International, in 2022.

Recall that floating piers are planned to be installed on the coast of Mariupol . This idea is being implemented on the Levoberezhnaya embankment as part of the ongoing reconstruction.

Earlier it was reported that they plan to improve the descent to the sea in the Levoberezhny region .