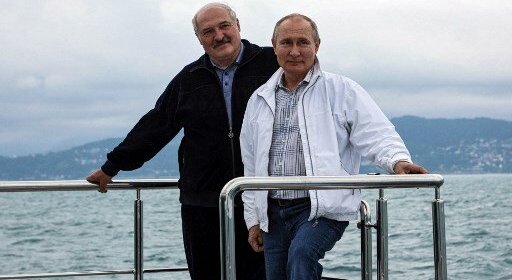 If during the Cold War its participants understood the world as the Great Chessboard, today we can talk about a session of simultaneous play on several “boards” between Russia and the United States.

What is the reason?

Apparently, in the changing nature of international relations, in the transformation of the world into a multipolar 20 years ago. US dominance has not disappeared, but Russia significantly lacks the resources to compete with them on an equal footing. Other poles (China, the European Union, India) are trying to defend their interests no less actively, but the Kremlin presents itself as the most aggressive player. The whole world expects the results of the meeting of the presidents of the USA and Russia in Geneva, but now it is a game

Within March-April we saw significant pressure on Ukraine. The Ukrainian “board” is a stable priority for Russia, so the game here is on a grand scale. The only adequate response to Russia’s aggressive actions is rapprochement with NATO by reforming the Armed Forces and meeting the Alliance’s requirements. The refusal to receive the MAP this year should not be fatal in the issue of Ukraine’s Euro-Atlantic integration, because it is possible to win the confrontation with Russia only by changing the format of relations.

In Belarus, Russia plays white. The capture of Roman Protasevich and the final discrediting of the Alexander Lukashenko regime in the eyes of the EU confirm this. In the fall of 2021, Vladimir Putin needs a “small geopolitical victory” and drawing Belarus into its sphere of influence gives grounds to understand the vector of the Kremlin’s actions.

Another post-Soviet country, Armenia, appears to be under constant pressure from the Kremlin, which has only intensified since the fierce fighting in Nagorno-Karabakh in the autumn of 2020. However, Russia has failed to shake the position of Armenian Prime Minister Nikola Pashinyan, who retains the trust of his fellow citizens even after the country’s military defeat. Joseph Biden’s decision to recognize the Armenian genocide in the Ottoman Empire is an unexpected bonus for Pashinyan ahead of early parliamentary elections and a signal that Washington is closely monitoring the situation in the South Caucasus.

The rapid castling took place in the Czech Republic, which until recently was perceived as a completely loyal EU country to Russia. However, the results of the investigation of the explosions at ammunition depots in the autumn of 2014, where Russian intelligence was involved, led to the collapse of Czech-Russian relations and the gradual transformation of President Milos Zeman into an impassable pawn.

Russia is trying to score in the Balkans, where a change of government in Montenegro has led to a gradual curtailment of the country’s participation in NATO operations. There is no question of withdrawing from the Alliance, but some of Podgorica’s actions look illustrative and are cause for concern. Attempts to gain additional points on the Middle East chessboard due to the aggravation of relations between Israel and Palestine were stopped rather quickly.

The first board on the eve of the Biden-Putin summit was the completion of the Nord Stream 2 gas pipeline. The United States has decided to abandon abrupt steps, moving to a protective model. Russia, on the other hand, seems to be trying to push for the desired result, as if feeling the weakness of the enemy. However, Washington still has time to restructure its positions, and it may take place after the Biden-Putin summit.

The hysterical reaction of Ukrainian society to the situation with Nord Stream 2 is unduly. First, the United States has not yet taken its offensive steps, and second, Ukraine, which has been defending electricity imports from Russia and Belarus for two years, has given a bad signal to its partners.

However, Ukraine should not feel embarrassed due to its status as one of the chessboards of the global confrontation between the United States and Russia, but it is advisable to focus on the crystallization of national interests and the strengthening of foreign policy subjectivity. There are no other recipes in the modern world.

Yevhen Mahda is executive director of the Kyiv-based Institute of World Policy.