Ukraine handed over to the USA the list for receiving the military help, – Kuleba

The Ukrainian side has no doubt that it will receive a certain number of positions from this list. 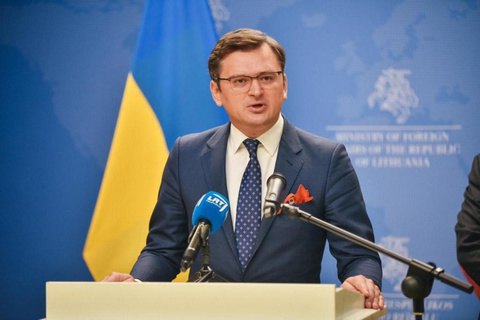 Ukraine has provided the United States with a list of the Armed Forces’ most urgent needs and is counting on assistance.

This was stated in an interview with Deutsche Welle by Ukrainian Foreign Minister Dmytro Kuleba.

“We have provided the United States with a list of the most urgent needs of the Ukrainian army. Some items from this list are easier to perform, others more difficult. We do not expect to get everything at once, but we are making progress on these positions, which can be obtained at the moment. I have no doubt that we will get a certain number of items from this list. And it does not require appropriate costs. This is a question of cooperation, technical details, “Kuleba said.

“We do not expect foreign troops to help us. But we expect our partners to provide Ukraine with the support they can offer to help us survive this conflict in our country, ”the minister added.

We will remind, on April 27 it became known that the United States provided the Ministry of Defense of Ukraine with the help for 7,85 million dollars.

Earlier it was reported that the United States has allocated an additional $ 155 million to support Ukraine .