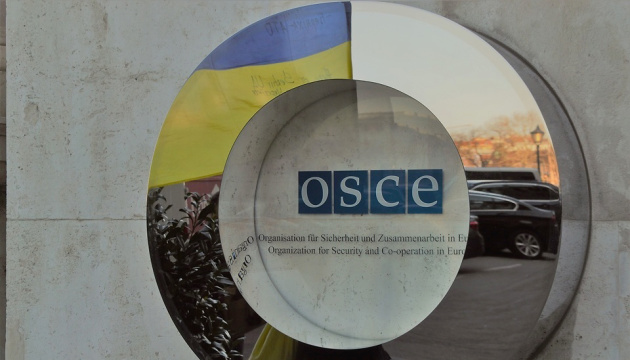 OSCE Chairperson-in-Office and Swedish Minister for Foreign Affairs Ann Linde and OSCE Secretary General Helga Schmid have discussed the security situation in and around Ukraine and call for de-escalation.

This was said in a press release published on the OSCE website.

“The Secretary General and I have had a fruitful discussion on the concern we share regarding heightened tensions in and around Ukraine. We underlined that participating States should act in accordance with the Vienna Document, which is a key element of our common security and an important confidence building tool to reduce military risks,” Chairperson-in-Office Linde said.

She reiterated that Sweden will continue to fulfill its mandate as Chair to contribute to de-escalation and conflict prevention, in accordance with OSCE principles and commitments.

Secretary General Schmid said: “I join the Chair’s call to refrain from further escalation and to engage in good faith with the mechanisms in the OSCE’s comprehensive toolbox, which can be effectively used to de-escalate the situation and to move back to the path of co-operation and dialogue.”

On April 14, following Ukraine’s request to invoke paragraph 16.3 of Vienna Document Chapter III, the Chair, together with the Armenian Chair of the OSCE Forum for Security Co-operation (FSC), held a special joint FSC and OSCE Permanent Council (PC) meeting. The participating States expressed concern about the military activities of the Russian Federation near the border with Ukraine and called on Moscow to de-escalate, making a number of recommendations.

However, Russia refuses to fulfill its obligations under the Vienna Document and to explain its military activities.