Russian supervisor to “DPR” fighter: “I don’t give a f*ck. Put the blame on Ukrops” – Ukraine intel (Intercept) 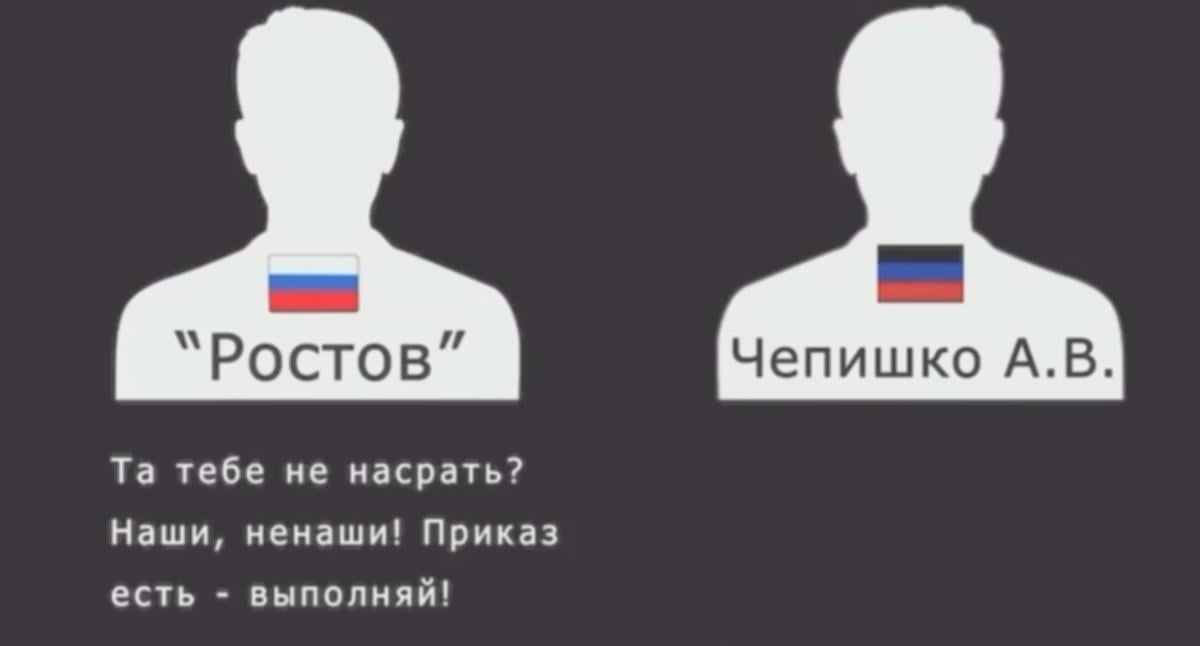 Ukraine’s counterintelligence operatives say they have intercepted communications between members of the self-proclaimed “Donetsk People’s Republic” (“DPR”) based in the Russia-occupied part of Donbas and their Russian supervisors. Part of the recordings is available to UNIAN.https://t.me/uniannet/22477?embed=1

A Russian supervisor (nom de guerre “Rostov”), 35, a regular serviceman with the Russian army, ranking as major, commanding a howitzer self-propelled artillery battalion based in the occupied town of Novoazovsk in Donetsk region, gives an order to one of “DPR” commanders, A.V. Chepishko, a battalion’s first deputy chief of staff, to open fire on selected targets. He briefs the militant on target location data and in the course of the conversation it becomes clear that the target is in fact a position of the “DPR” unit.

Below is the translation of the intercept’s transcript.

Rostov: Did you recognize me?

R.: Call the first unit, get them up quickly, you will be working now. For about 10 minutes.

Chepishko: Hello, Chagan! Get the guys up. Get them quickly up on the “trunks” [barrel artillery]!

Ch.: Get the guys up quickly – be ready in 10 minutes. Get the crews to combat positions.

Ch.: Now I’ll have the targets and then you get it done.

Ch.: Report when your people are ready.

R.: Well, look here – half of rounds in running fire mode. Got it?

In another interaction, “DPR” fighter Chepishko is outraged at the fact that the Russians order to open fire on “DPR” positions.

Chepishko: Hello, commander! They are our people there!

“Rostov”: Don’t you give a sh*t whether they are ours or not? You got the order – you go ahead!

Ch.: What the f*ck? We’ll bring fire down on our people.

R.: Listen here! They’re cannon fodder. Feel no pity for them, or do you want to trade places with them instead? Do our [commanders] want war? They’ll get it. And our men [Russian troops amassed in Russian territory along the border with Ukraine] who are on the [border] line will finally be able to enter big time. Understood?

R.: Who cares! We’ll put the blame on the Ukrops [a derogative term for Ukrainian soldiers]. We’ll take care of their [killed “DPR” fighters’] families later on. The main thing is to let the active stage kick off. They’re all the toll of war.

Then Chepishko transfers to Demich the positioning data and the order to open fire. The latter takes on the order.