NAСP Suspends State Financing Of Servant Of The People 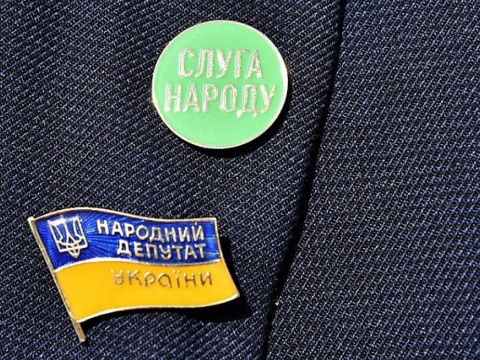 The National Agency on Corruption Prevention (NACP) has suspended state funding for the Servant of the People party.

This is indicated in a statement on the NACP website, Ukrainian News Agency reports.

“In connection with the revealed violations, by order of the chairman of the NACP Oleksandr Novikov, state funding of the Servant of the People party was stopped,” it was said.

Thus, the NACP established signs of a violation of the procedure for submitting a financial report of a party on property, income, expenses and obligations of a financial nature and revealed signs of criminal offenses in the report of the Servant of the People in accordance with Article 159-1 (violation of the procedure for financing a political party, election campaigning, campaigning for an all-Ukrainian or local referendum), Part 5 of Article 366 (office forgery) and Part 5 of Article 191 of the Criminal Code (misappropriation, embezzlement or seizure of property by abuse of official position) (in reports for two reporting periods).

At the same time, the NACP established signs of a violation of the procedure for submitting a financial report of a party on property, income, expenses and liabilities of a financial nature in the reports of 10 more political parties, including Mikheil Saakashvili’s Movement of New Forces, Svoboda All-Ukrainian Association, Vilkul’s Blok Ukrainian Perspective, Everyone Matters, Varta, Social-Patriotic Assembly of Slavs, New Democracy, Civil Power, Andrii Baloha’s Team and Congress of Ukrainian Nationalists.

The National Agency sent the relevant materials to the National Police.

As Ukrainian News Agency earlier reported, in April 2020, the NAСP suspended state funding for the Servant of the People in the amount of UAH 70 million until the end of 2020.