Almost 90 suspects in Euromaidan cases to be tried in absentia 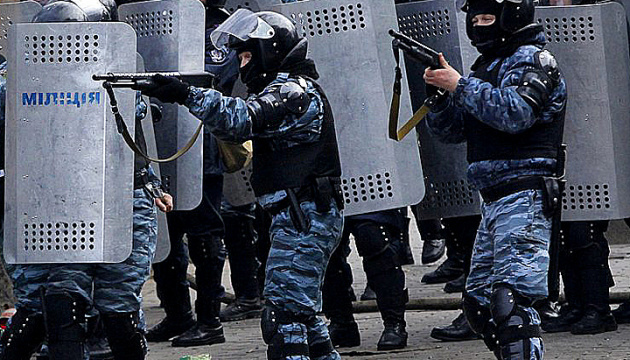 The State Bureau of Investigations will soon send to court the cases against the organizers and perpetrators of crimes, committed during Euromaidan protests, who are hiding in Russia now.

“Cases are sent to court under a special, in absentia procedure. We have started active work in these cases. We have 88 suspects in Euromaidan cases who are wanted. Currently, we obtain court permits to choose pre-trial restrictions in form of detention in the absence of suspects and further permission to conduct special investigation in absentia. If the work continues in this direction, we will soon complete and send to court the cases against all the organizers and perpetrators who evade the investigation and the trial and stay in Russia,” Artem Yablonskyi, Deputy Head of the SBI department for Euromaidan cases, announced at a press conference, an Ukrinform correspondent reports.

According to him, since January last year, when a department for Euromaidan cases was established at the SBI, investigators have served notices of charges to 44 people involved in cases and sent 26 indictments against 37 people to court.

In total, 309 people have been prosecuted over the investigation of Euromaidan cases, the official concluded.

As reported, 2.5 thousand people were injured during the Euromaidan protests, 104 of them died. Later, the killed protesters were named the Heroes of the Heavenly Hundred.

According to the Ministry of Internal Affairs of Ukraine, 17 security officers were killed while on duty in Kyiv center from February 18 to March 2, 2014.