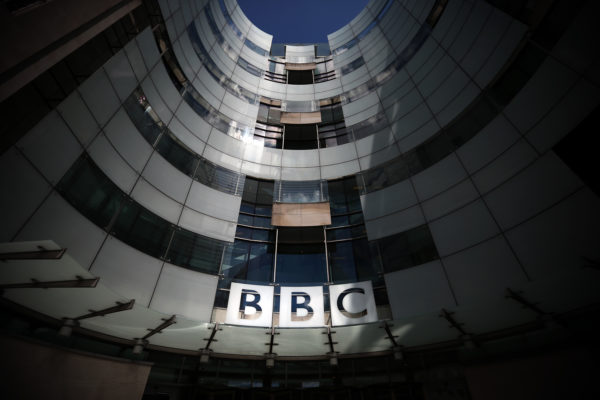 Chinese Communist authorities banned BBC World News on Thursday, accusing the British broadcaster of not being “factual and fair,” according to a government statement.

The decision was a result of a “slew of falsified reporting” on issues including the Xinjiang region and China’s handling of the coronavirus, state media Global Times said, adding that “fake news” is not tolerated in China.

The BBC’s series of reporting about Xinjiang internment camps, forced labor and, most recently, systematic rape of Muslim women have infuriated Beijing authorities.

While the BBC was not available in most Chinese households, the ban suggests it will no longer be streamed in any venues such as hotels.

“We are disappointed that the Chinese authorities have decided to take this course of action. The BBC is the world’s most trusted international news broadcaster and reports on stories from around the world fairly, impartially and without fear or favor,” the BBC said in a statement.

“China has some of the most severe restrictions on media & internet freedoms across the globe, & this latest step will only damage China’s reputation in the eyes of the world,” Raab wrote on Twitter.

Labour Party MP Yasmin Qureshi, the shadow minister for international development, said the decision showed the Chinese government’s intolerance of “recent reports revealing the horrific systematic rape and sexual abuse of Uyghurs and other detainees in the Xinjiang prison camps.”

“If the Chinese government has got nothing to hide in Xinjiang, what has it got to fear from the free press?” Qureshi said in a statement issued by the Inter-Parliamentary Alliance on China.

Beijing’s move came a week after Britain banned Chinese state-run CGTN channels due to its links to the Communist Party.

British media watchdog Ofcom said it took the decision to withdraw CGTN’s license “over the broadcaster’s and audience’s rights to freedom of expression.”