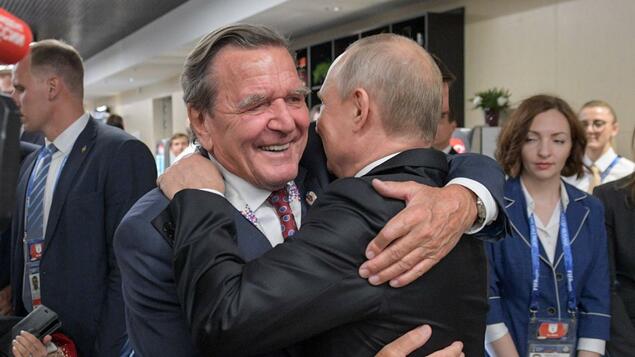 Former Chancellor Gerhard Schröder (SPD) has rejected calls for the controversial Baltic Sea pipeline project Nord Stream 2 to be discontinued and has called for Germany to be closer to Russia. The criticism of the pipeline expressed in the press does not reflect the opinion of the citizens, said Schröder of the “Rheinische Post”.

“The Russia bashing that is being done there is not the majority opinion of our people – at least I am convinced of that,” said Schröder.

In view of the nuclear and coal phase-out, the pipeline should “ensure the energy supply for the next generation,” said Schröder. The USA, on the other hand, are interested in selling their fracking gas in Germany, which is “environmentally harmful, more expensive and not as good in terms of quality” as the pipeline gas, said Schröder. “If we stop the completion, we will cut off the branch we are sitting on in terms of energy policy.”

The former Federal Chancellor has been with Nord Stream AG since 2005, and has also been Chairman of the Supervisory Board of the largest Russian oil company Rosneft since 2017. In addition to the USA, numerous European countries are also calling for the predominantly German-Russian pipeline project to be stopped. Last week, the EU Parliament also called for construction to be stopped because of the arrest of Russian opposition activist Alexej Navalny.

When asked whether he, like his successor Angela Merkel (CDU), would advocate the release of Nawalny, Schröder said in the interview that he was not interested in “current discussions, but fundamental decisions about direction.”

Germany must have an interest in Russia developing “its own identity and its own economic strength”. “We don’t have to see Russia as an opponent, but as a potential partner,” said Schröder. (AFP)