The construction of the gas pipeline lasted 4.5 years. Now the works have moved to the stage of commercial operations. 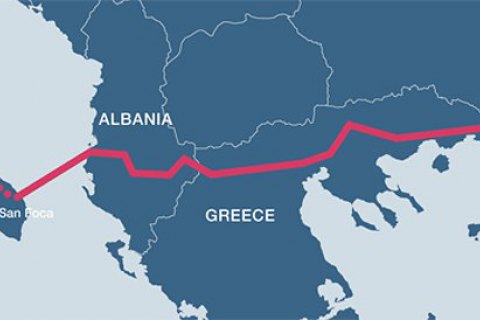 The Trans Adriatic Pipeline (TAP) is ready for commercial supplies of Azerbaijani gas to Europe.

This was reported by “Interfax” with reference to the statement of the consortium TAP AG.

The company said that the construction of the pipeline lasted 4.5 years. Now the works have moved to the stage of commercial operations.

The Shah Deniz Stage-2 and Southern Gas Corridor (PGC) projects have been fully implemented. PGC, this huge export system is fully integrated and ready to supply gas to Europe. This will allow us to start supplying the first gas from Azerbaijan to Europe by the end of this year and thus achieve the main goal stated since the start of the project, “the company said. .

It is noted that the consortium announced the completion of the construction of this pipeline on October 13.

The total length of TAP is 878 km. The 10 billion cubic meter pipeline a year will deliver gas from the Shah Deniz field in Azerbaijan via Greece and Albania to Western Europe.

The project allows to double the capacity of the gas pipeline to 20 billion cubic meters per year. The cost of the project is estimated at 4.5 billion euros.

It will be recalled that on October 21, the US State Department expanded sanctions on the Nord Stream-2 gas pipeline , which is designed to transport Russian gas to Germany.