The Belarusian police force has earned a reputation for brutality, as peaceful demonstrators are attacked with violent force. Police spokesperson, Colonel Volha Chamadanava, attacks the women for “unfeminine behaviour”.

Representatives of the weaker sex displayed unfeminine behaviour at the Women’s March on Saturday. Loud shouting, theatrical drumming on police vehicles. The women formed chains and hung onto police officers. They did not respond to requests to disperse.

Colonel Chamadanava, herself, one must assume, a model of the Belarusian “weaker sex”, attaches a brief video, headlined ”Unfeminine Behaviour on ‘Women’s’ March” where law-abiding citizens can abhor the sight of the outrageous behaviour of these protesting women.

If the protests are characterised by “unfeminine women”, representing the “weaker sex”, the Belarusian police represents a “stronger sex”, manned by masculine men, manly hiding their faces whilst beating women in a strong, virile manner.

Colonel Chamadanava gets personal in her communications:

I’m ashamed of seeing these activist girls and women, shouting and yelling like crazy people in the crowds. One wants to say “Save your energy for your families, and if you don’t have a family – for creating one!”

Russia’s largest daily, the Komsomolskaya Pravda, attempts to understand the “female face” of the protests and asks:

But who is going to cook borscht?

Why do women demonstrate typical male behaviours? When [opposition leader] Maryja Kalesnikava’s male colleagues, who, unlike her, could pass the border [to Ukraine] were asked “Why didn’t you, men, do like Maryja?”, they answered “That’s why Maryja is the leader. She is able to act in a way no one else can”. Does this mean that men and women have changed their roles?

One thing must be said first: Kalesnikava’s male colleagues were forced abroad. Just as most other leaders of the protest movement. Pro-Kremlin disinformation regularly attacks women in political office as “unfeminine”, a few examples of this here and here. The prospect of a deficit of borscht is scary for the men in the Kremlin. 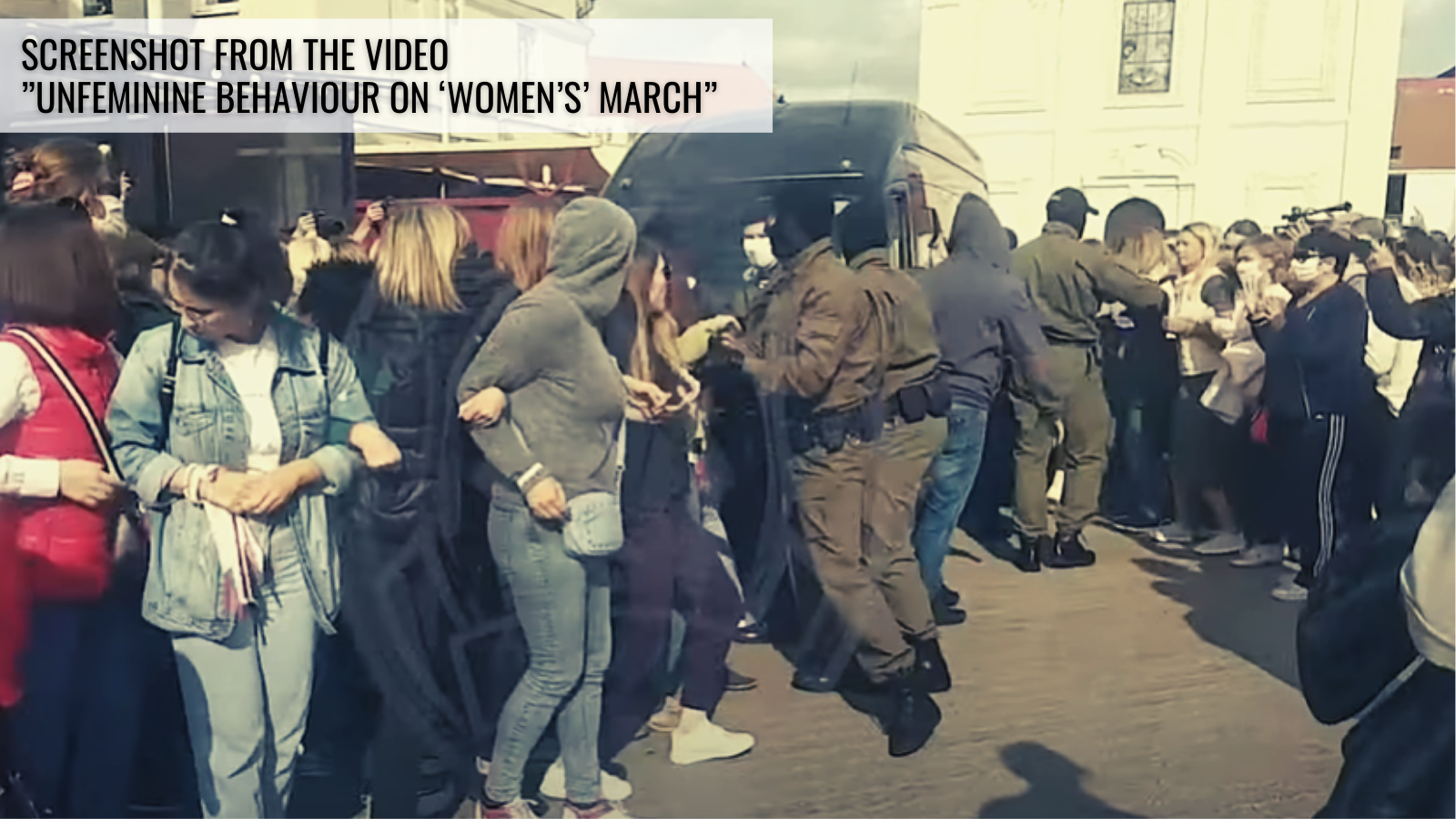 I want, as a man, to make sure that everything is said. I am criticised for “not being ready to hand over power”. That is a correct statement. The people have not elected me for that. Power is not to be taken and then thrown away.

Mr Lukashenka has since performed a semi-clandestine inauguration, hiding from the people, mocking the Constitution of Belarus, pretending to be ready to defend the human rights of Belarusians.

The EU has reiterated its position. Lukashenko is not the legitimate President of the Republic of Belarus. The 9 August election was forged and the ceremony in Minsk a violation of the rights of the people.

This ‘inauguration’ directly contradicts the will of large parts of the Belarusian population, as expressed in numerous, unprecedented and peaceful protests since the elections, and serves to only further deepen the political crisis in Belarus.

Meanwhile, the un-president Lukashenka continues the violence against his own people; women and men.