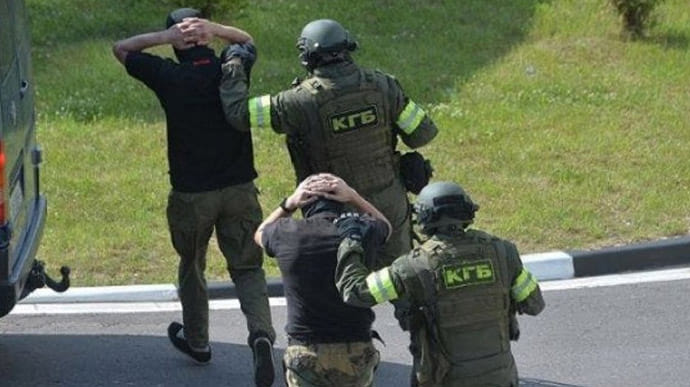 The Verkhovna Rada Committee on Rules of Procedure Supports Draft Resolution on Establishment of Temporary Commission of Inquiry to Investigate Wagnerians’ Case. “The ruling will be submitted to the Verkhovna Rada for consideration.…

There are already enough rumors and untruths about the Wagnerians’ case. It is enough to turn a blind eye to it and ignore it. The parliament must find out whether there was treason in the President’s Office.”

What preceded: On September 16, the Verkhovna Rada registered a draft resolution on the establishment of a Temporary Commission of Inquiry to investigate the failure of a Ukrainian special operation to detain Wagner militants in Belarus.

On September 11, Prosecutor General Iryna Venediktova stated that more than one criminal case had been opened in Ukraine over allegations of a possible disruption of a Ukrainian special operation against Wagnerians detained in Belarus.

On July 29, 3 dozen Russians from Wagner’s private military company were detained in Belarus. Ukraine has requested the extradition of those who fought in the Donbas. On August 14, it became known that Belarus had handed over 32 Wagner militants to Russia.

According to UE sources, Ukrainian special services were preparing a large-scale operation to detain a group of Wagner’s militants, for which they were lured to Belarus. However, after security forces reported these plans to the President’s Office, the special operation failed.

Journalist Yuri Butusov, who was one of the first to declare the failure of the SBU operation to detain the Wagnerians, claimed that the operation was carried out jointly with US intelligence services.

Journalist Yanina Sokolova has already published two portions of recordings recruiting Russian servicemen, which tell how they fought in the Donbas against the Ukrainian army.

Budanov asserted that the Wagnerians had been transferred to Minsk by Russian special services and that this was not a special SBU operation. Burba stated that the “misinformation and speculation” about the Wagnerians’ case was an attempt to harm Ukraine’s secret services.

Former Secretary of the National Security and Defense Council Oleksandr Turchynov said that the Ukrainian leadership seeks to destroy materials confirming the training of special services to detain militants from Wagner’s private military company involved in war crimes in Donbas, from Russia to Ukraine.