Kuleba Sees No Reason To Sever Diplomatic Relations With Belarus 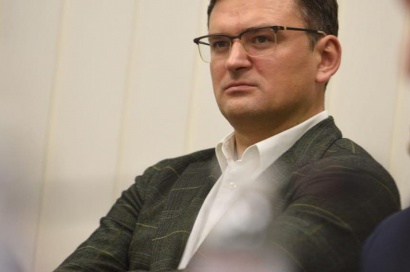 He said this during an online briefing, Ukrainian News Agency reports.

“We do not break off relations with Belarus. We pause the preparation and holding of official meetings between our countries, but there is no reason to break off diplomatic relations now, we are not planning to take this step now,” he said.

Kuleba noted that historically, very deep relations and contacts have developed between Ukraine and Belarus at different levels, but now all contacts with Belarus are paused until the situation in this country stabilizes, and this also applies to the preparatory process for the Forum of Regions scheduled for early October, in which the participation of the presidents of the two countries is expected.

The minister recalled that due to the situation in Belarus and the aggravation of bilateral relations, Ukraine recalled its ambassador for consultations, but this does not mean a break in diplomatic relations.

The Ambassador of Belarus continues to perform his functions in Ukraine and Kuleba did not rule out the return of the Ambassador of Ukraine to Belarus after the completion of consultations and the formation of decisions on the basis of which Ukraine will further develop relations with Belarus.

As Ukrainian News Agency earlier reported, the Ministry of Foreign Affairs, after a series of statements by President of Belarus Aleksandr Lukashenko and the extradition of the militants of the Wagner private military company who fought in Donbas, summoned Ambassador Ihor Kizim for consultations to assess the prospects for bilateral relations.