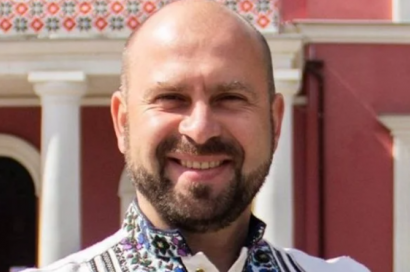 The National Anti-Corruption Bureau (NACB), the Security Service of Ukraine (SBU) and the Specialized Anti-Corruption Prosecutor’s Office (SACPO) detained the head of the Kirovohrad Regional Administration, Andrii Balon, on suspicion of extorting about UAH 2 million bribe and receiving the second tranche of the sum in the amount of UAH 250,000.

Ukrainian News Agency learned this from a source in the Office of the Prosecutor General.

On Friday, he will be served with suspicion.

The name of the suspects is not said.

According to the preliminary investigation, the head of the regional state administration planned to illegally receive UAH 1.8 million from the regional representation of the state body in the region.

Special services officers recorded the receipt by the intermediary of the first part of the improper advantage in the amount of UAH 100,000 in June. The head of the regional state administration along with an accomplice were detained during the transfer of the second tranche in the amount of UAH 250,000.

As Ukrainian News Agency earlier reported, the Cabinet of Ministers approved the draft decree of the President on the dismissal of Andrii Balon from the post of chairperson of the Kirovohrad Regional State Administration.