International community must respond to attacks by Russian mercenaries in Donbas 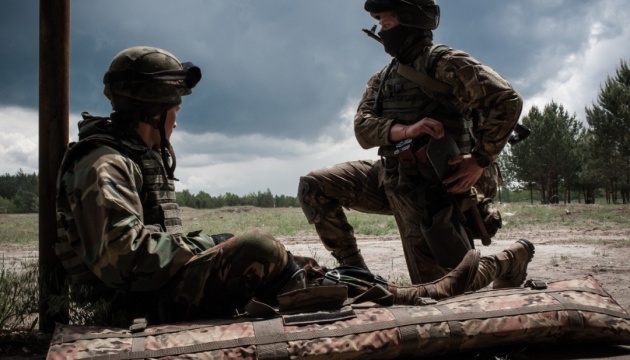 Attacks by Russian mercenaries in Donbas, which result in the killings and injuries of Ukrainian military, must receive an international response.

“Nine shellings by Russian mercenaries yesterday resulted in one Ukrainian soldier killed and two others wounded in Donbas. Russian troops continue their cowardly attacks with five shellings on Ukrainian positions so far today. An international response is needed to stop Russian aggression and end the killings,” Zelenko wrote.

As Ukrinform reported, over the past day, the armed formations of the Russian Federation launched nine attacks on Ukrainian positions in the Joint Forces Operation (JFO) area in Donbas.

As a result of the enemy shelling, two Ukrainian soldiers were wounded, another defender received fatal injuries.

Today, May 14, Russian-backed forces violated ceasefire in Donbas five times. No casualties among Ukrainian military have been reported.