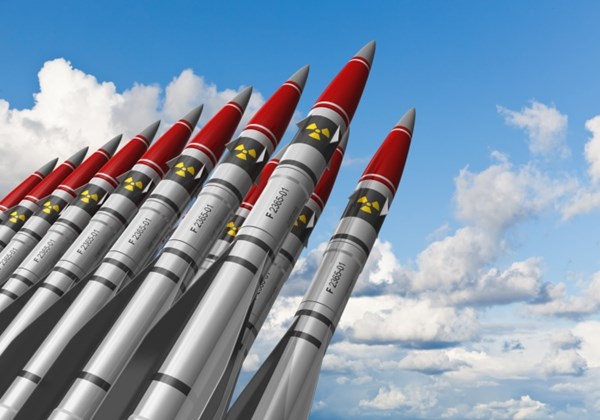 The global nuclear weapons control system, created by the United States and the Soviet Union at the end of the Cold War, is steadily heading for collapse.

Following the Intermediate-Range Nuclear Forces Treaty (INF), the last agreement remaining from the 1970-1980 disarmament period, the Strategic Arms Reduction Treaty (START I), may go to the dustbin of history.

Jimmy Carter and Leonid Brezhnev, who signed the SALT II (Strategic Arms Limitation Treaty) in June 1979, agreed to limit the number of nuclear warheads and their carriers. Six months before the collapse of the Soviet Union, in July 1991, the START I agreement was concluded, which launched the process of nuclear disarmament: each side pledged to reduce the number of warheads to 6,000.

This was followed by START 2 1994 and START 3, which is still in effect today. The treaty, signed in 2010 by Dmitry Medvedev and Barack Obama, prohibits Russia and the United States from possessing more than 1,550 nuclear weapons.

“The agreement expires in 9 months. And the U.S. authorities during the recent telephone contacts with the Russian leadership, including at the highest level, have not declared their readiness to extend it,” Russian Deputy Foreign Minister Sergei Ryabkov told RIA Novosti.

On May 6, Foreign Minister Sergey Lavrov and Secretary of State Mike Pompeo discussed the fate of the treaty. The next day, the same topic was raised during a telephone conversation between Vladimir Putin and Donald Trump.

The treaty stipulates the possibility of an extension for 5 years, until 2026, and Russia sent a note to Washington about the desire to do so. But we didn’t hear any response from them,” Ryabkov said.

“Of course, the Russian side formulates the issues related to the extension of the existing START treaty quite distinctively and consistently. Our position is known, it is extremely open: we are ready to extend the contract,” he said.

“President Trump reaffirmed that the United States is committed to effective arms control that includes not only Russia, but also China,” he said, adding that this is the only way to avoid an “costly arms race.”

Trump’s administration stipulated that the extension of the START III treaty is possible only if China joins it, but this will never happen, said Sergei Rogov, scientific director of the Russian Institute of the USA and Canada. China has never shown a desire to enter into this treaty before. Now that Washington accuses China of concealing the truth about the coronavirus, and the US Congress threatens to write off the American debt to Beijing, the chances of its participation are even slimmer.

According to Rogov, Russia and the United States have accumulated a load of mutual claims. Moscow believes that Washington complied with START III “by manipulating the numbers”. We are talking about 1,200 warheads: the U.S. claims to have transferred them to a non-nuclear state, but the Russian Defense Ministry cannot verify this data.

The U.S. claims that the latest Russian weapons, announced by Putin in animated videos earlier this year, go beyond START III. Russia was supposed to announce its intention to form a bilateral commission, but did not do so, General John E. Hyten, Head of the U.S. Strategic Command, said last February.