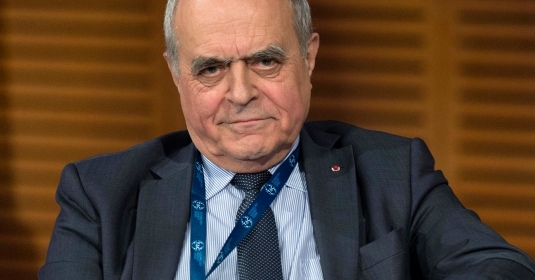 About it writes RFI with reference to the head of the Russian state channel RT France Ksenia Fedorov.

A program called “La Source” will air twice a month. It will talk about “diplomacy, conflict, terrorism, security and competitive intelligence.”

The first issue is scheduled to air in March.

The head of RT France, Xenia Fedorova, expressed the opinion that the appearance of such a presenter will allow the audience to “take a deeper look at geopolitical processes in the world”.

RFI notes that Allen Jouie has repeatedly acted with the Kremlin.

For example, in an interview with Thinkerview YouTube, Juie called the poisoning of former GRU agent Sergei Skripal “an Anglo-Saxon manipulation”, praised Russia’s “progress” in arms, and stated that Moscow “is not a threat to Western countries”. This interview, as well as others where Jouie advocates Russian intervention in Syria and talks about France’s dependence on the US, can be found on RT’s website.

Alain Jouyet headed the Foreign Intelligence of France (DGSE) in 2002-2003. Prior to that, he worked at major French and international companies.