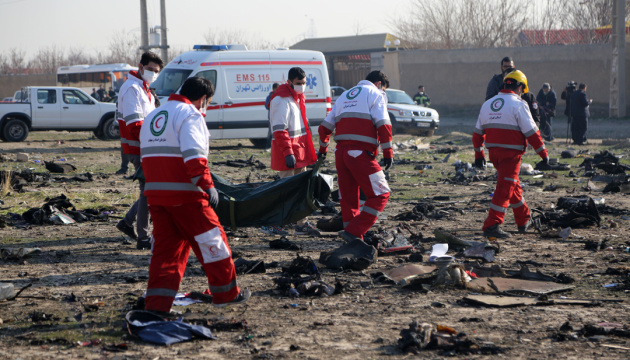 A Ukraine International Airlines airplane crashed in Iran due to an engine failure, and the theory of a terrorist attack is ruled out, Ukraine’s Embassy in Iran has reported.

“According to preliminary information, the plane crashed due to an engine failure for technical reasons. The theory of a terrorist attack or a rocket attack is ruled out now,” the report said.

It notes that according to UIA, 168 people purchased tickets for the flight. “It is now being clarified which of the passengers was not present on board and whether Ukrainian citizens were among the passengers,” the embassy said, adding that nine crew were citizens of Ukraine.

“Unfortunately, all passengers and crew died,” the report said.

Ukraine’s Ambassador to Iran Serhiy Burdyliak is at the site of the crash.

A Ukraine International Airlines (UIA) plane heading from Tehran to Kyiv crashed shortly after taking off from the Imam Khomeini International Airport at about 06:00 Tehran time (04:30 Kyiv time) on Wednesday, January 8.

According to Ukraine’s National Security and Defense Council, there were 177 people on board the aircraft – 168 passengers and nine crew.

Ukrainian President Volodymyr Zelensky expressed his condolences to the families of the plane crash victims and interrupted his trip to Oman.