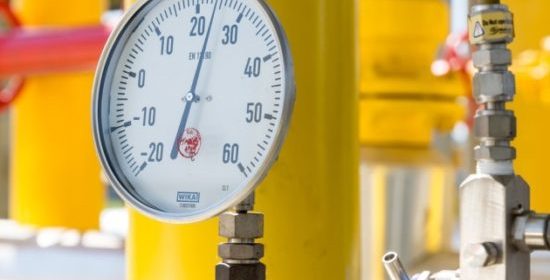 While Ukraine initially wanted a 10 year contract, the signed contract is for 5 years

The German Government, together with the European Commission, put a lot of effort to ensure that Ukraine and Russia signed a new 5-year contract for gas transit, one day prior to the expiry of the old agreement.

The role of Germany is described in an article on the website of the Federal Foreign Office.

“With the conclusion of the contract, the ‘trilateral talks’ on the transit of Russian gas through Ukraine, which had been ongoing for one and a half years, have reached a successful conclusion. The talks were mediated by the European Commission, which was represented by Vice-President Maroš Šefčovič. The Federal Government [of Germany] advocated the continuation of the gas transit through Ukraine in this regard. It has actively supported the Commission through high-level meetings between the Federal Chancellor, Foreign Minister Heiko Maas and Economic Affairs Minister Peter Altmaier, as well as the respective representatives of the Ukrainian and Russian governments,” the statement reads.

Georg Graf Waldersee, who was appointed Special Representative of the Federal Government for Gas Transit through Ukraine in September 2019, was instrumental in bringing the two sides closer together.

An important prerequisite for the new gas transit agreement, which is based on European law for the first time, was the concept known as “unbundling.”

Unbundling refers to the obligation in the European internal market to separate gas suppliers and network operators. This creates transparency and competition in the market, which benefits consumers.

The continuation of the gas transit through Ukraine is a particularly clear reflection of the Federal Government’s commitment to European energy security. In particular, Germany is committed to ensuring different suppliers and supply routes as well as transparent contracts in accordance with the EU’s Third Energy Package.

On the basis of market economy principles, the Federal Government therefore promotes both an alternative gas supply such as liquefied natural gas (LNG) from the US and the diversity of transport routes, which can be achieved via Nord Stream 2.

In this regard, the Federal Government regrets the extraterritorial sanctions recently imposed by the US Government against this project and others, which both Germany and the EU reject as a matter of principle.