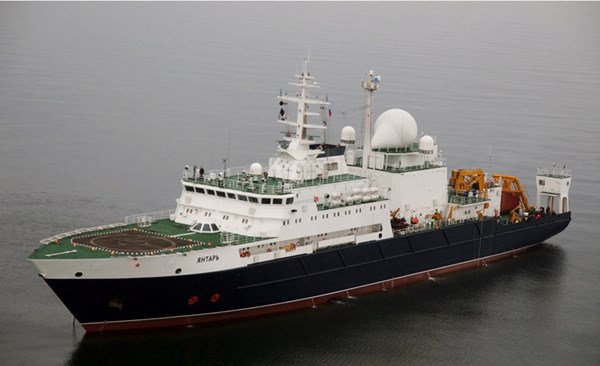 The naval vessel Yantar (Amber) belonging to the Russian Navy’s Northern Fleet has been blocked in Panama’s territorial waters. The Russian warship for the third day cannot leave the territorial waters of Panama because it has not received a permit to enter the Panama Canal.

A few days ago, the Russian news outlet Avia.pro reported that the Russian warship Yantar, which Russia calls “an oceanographic naval vessel”, was blocked from entering the Panama Canal after a U.S. warplane flew over it.

“The Russian Foreign Ministry and other related agencies have made intensive, but so far inconclusive, attempts to resolve the issue of transit of the specialized vessel of the Russian Ministry of Defense “Yantar” through the Panama Canal and to resolve the unexpected claims made by the Administration of this hydraulic complex regarding the specific characteristics of the ship, which, according to local officials, can negatively affect the airlocks and cameras of the channel. The ship has been in the Cristobal port terminal for almost three days awaiting a transit permit, which leads to the ship failing to perform its tasks and can cause the ship to change its further route,” reports the Telegram channel “the Operational Line”.

The Pentagon believes that the Yantar is a reconnaissance vessel which is gathering information on the Department of Defense Information Network (DoDIN), underwater sensors, and other equipment used by American submarines.

The Yantar, part of the Russian Navy since 2015, has made numerous long trips around the globe.

Western military experts believe that the reconnaissance vessel may have deployed submersible remote-controlled unmanned vessels or deep-water manned bathyscaphes at the places where it remained stationary.

The Yantar is the primary vessel of project 22010 developed by the Almaz Central Marine Design Bureau. The ship’s displacement is 5,200 tons, its length is 108.1 meters, and its width is 17.2 meters. Alongside the submersible unmanned vessels, the Yantar might carry the deep-water manned bathyscaphes Rus, Konsul and Mir.