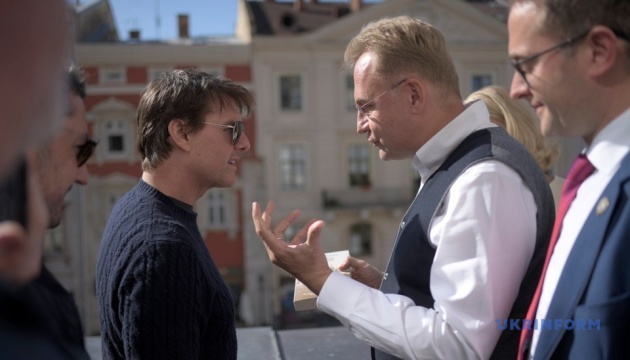 According to the report, Lviv Mayor Andriy Sadovyi and his wife met the actor on Rynok Square and presented him with a commemorative coin of King Daniel of Galicia.

It notes that in addition to the coin, the American actor received a history book by Serhii Plokhii as a gift.

Cruise also made a note in the book of honorary guests of Lviv.

“Ukraine needs good promotion today. Tom Cruise has seen Lviv today and will see other locations in the city. Later, he wants to visit our Carpathians,” Sadovyi said.

The Office of the President reported on September 30 that Tom Cruise had arrived in Kyiv at the invitation of Ukrainian President Volodymyr Zelensky. According to the report, he arrived in Ukraine to see some locations for shooting one of his new film projects.