Ahead of Trump meet, Ukraine fears being dragged into Washington bear pit 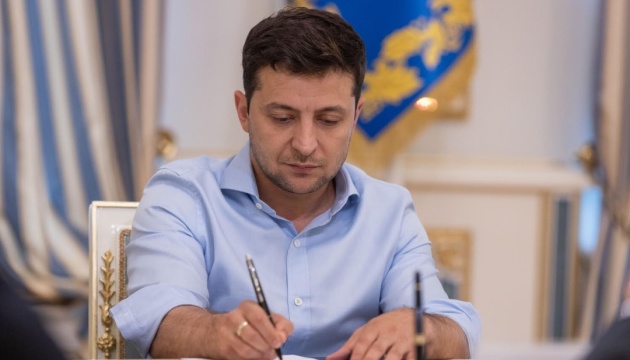 A trip to the United States that began as a golden opportunity for Ukraine to burnish relations with its most powerful international backer has turned into a diplomatic tightrope walk for President Volodymyr Zelenskiy.

Ahead of his first meeting with President Donald Trump this week, Zelenskiy was thrust into a political storm in Washington over accusations that Trump pressured him to launch a probe into the son of his main Democratic rival Joe Biden.

Zelenskiy cannot risk relations with either side of the political divide in Washington, whose bipartisan support Ukraine counts on for aid and diplomatic cover against Russia following Moscow’s annexation of the Crimea peninsula in 2014.

An example of the pitfalls involved came this month when U.S. lawmakers suspected Trump of trying to withhold $250 million of military aid to Ukraine, which had already been approved by Congress, as a tool to pressure Zelenskiy. Trump denied doing so on Monday.

The Zelenskiy administration wants to stay out of the firing line following media reports that Trump asked him in a phone call in July to launch an investigation that could damage Biden.

Ukrainian officials deny Trump put pressure on Zelenskiy but have been reluctant to divulge details of the call, saying such conversations should be confidential.

“Why should we react in any way? There was a conversation with the U.S. president. Full stop,” top presidential official Oleksandr Danylyuk told Reuters by phone on Monday.

“Any attempts to use Ukraine by one party or the other is clearly detrimental to our relations,” he added.

A comedian and, like Trump, a television star with no prior political experience when he took office, Zelenskiy won a landslide election victory in April promising voters an end to Ukraine’s conflict with Russian-backed forces in the Donbass region that has killed 13,000 people.

The timing of the row in Washington is delicate for Zelenskiy, who hopes to build on the momentum from a recent prisoner swap with Russia to hold talks on the Donbass conflict with President Vladimir Putin in the coming weeks.

Before he was inaugurated, Zelenskiy got an early warning of what lay in store for him when Trump’s personal lawyer Rudolph Giuliani announced in May that he would visit Ukraine and then abruptly aborted his trip.

Giuliani had spearheaded calls for Ukraine to investigate the activities of Biden and his son, who joined the board of a Ukrainian gas company while Biden was vice president.

Serhiy Leshchenko, a former Ukrainian lawmaker who was an adviser to Zelenskiy during his campaign, recalled Zelenskiy’s reluctance to meet with Giuliani at that time.

“I think he understands that it’s (an) attempt to take him and put him in the battle between two parties in the U.S.,” Leshchenko told Reuters by phone.

“He just doesn’t want to be used by any of the sides. He’s a smart guy in general, I think he’s very wise and understands that for him it’s better to sit away from all this mess.”

“Because if he supports one side, the other side will be angry,” he added.

Giuliani canceled his visit saying Zelenskiy was surrounded by Trump’s enemies. He named Leshchenko, who in August 2016 had divulged details of payments from a former Ukrainian president to Trump’s campaign chief Paul Manafort during the U.S. election.

Giuliani said the evidence was fake, which Leshchenko denies. Seeing how toxic the issue was likely to become, Leshchenko said he withdrew from his advisory role, not wishing to damage Zelenskiy’s relations with Washington.

After Giuliani canceled the trip, Andriy Yermak, an aide to Zelenskiy, later sought to meet Giuliani on what Yermak said was his own initiative. He was quoted in Ukrainian media outlet lb.ua on Monday as saying that he had told Giuliani that any investigation would be transparent.

“We can guarantee that during our term in office all investigations will be carried out transparently,” Yermak said. “These are the fundamental principles and basis of President Zelenskiy’s program which we campaigned on.”

A Republican, Trump on Monday accused Democrats of waging a witch hunt against him, but he provided no evidence the accusations against him were politically motivated. Media reports about the July phone call stemmed from a classified whistleblower report from the U.S. intelligence community.