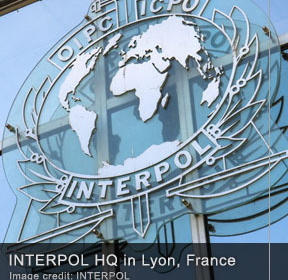 The Russian government reportedly fired a number of officials over the defection of a senior Kremlin aide, who alleged worked as an American spy. Meanwhile, Moscow has filed a search request with INTERPOL about the alleged defector’s whereabouts. News of the defection was reported on September 9 by the American news network CNN.

The network alleged that the man —which it did not name— was exfiltrated from Russia in 2017 by the United States Central Intelligence Agency, over fears about his life. A subsequent report in the Russian daily newspaper Kommersant identified the alleged defector as Oleg Smolenkov, 50, and said that he disappeared along with his wife and three children in the summer of 2017 while on holiday in Montenegro.

On September 11, the Reuters news agency revealed that Smolenkov was a career diplomat who served as senior aide to Yuri Ushakov, Russia’s former ambassador to the United States and senior international affairs advisor to Russian President Vladimir Putin. But the Kremlin disputes claims that Smolenkov was a highly placed official or that he could have been in possession of damaging classified intelligence.

According to a new report from Russia’s InterFax news agency, the Kremlin disciplined a number of Russian officials for permitting Smolenkov and his family to travel to Montenegro. The disciplinary action was taken soon after Smolenkov’s disappearance and led to a number of firings, said InterFax, citing anonymous government sources. In the summer of 2016, the Kremlin had issued a travel ban for Montenegro, which barred government employees from traveling there, due to the deteriorating relations between Moscow and the former Yugoslav Republic. Montenegrin authorities had previously claimed that Russia tried to stage a coup and planned to kill the country’s prime minister.

According to InterFax, an investigation by “the relevant law enforcement agencies” concluded that those officials who had allowed the Smolenkovs to travel to Montenegro had “violated the ban”. They were therefore “disciplined and [some] were fired”, said the anonymous source. Meanwhile it was reported on Friday that the Russian Ministry of Foreign Affairs filed a search request for Smolenkov and his family with INTERPOL, the international agency that facilitates worldwide cooperation between national police organizations.

When asked about it by Western news media, a Russian government spokeswoman said that Russia did what any other country would do in this situation: it contacted INTERPOL with “questions regarding the disappearance of […] a citizen of Russia on the territory of a foreign state along with his family […] and his presence on the territory of the United States”, said the spokeswoman.