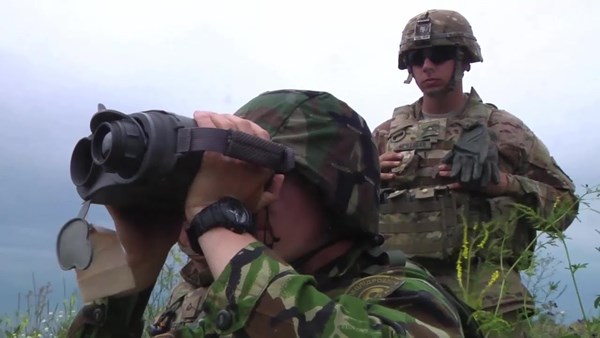 The US-Ukraine Rapid Trident 2019 military exercise will be held sometime between September 13 and 28 and will involve 3,700 soldiers from 14 NATO states and partners, announced the US Army Europe, reports Ukrinform. The drills will last 25 days.

The drills will be conducted at the International Peacekeeping and Security Center of the Hetman Petro Sahaidachnyi National Ground Forces Academy.

The US will be represented at Rapid Trident by personnel from the 101st Airborne Division, the Californian National Guard, the 7th Army Training Command, and the Special Operations Command Europe.

The Riverine 2019 exercise will be held for 10 days sometime before the end of November in the waters of the Danube and the Black Sea. The drill will involve 200 Ukrainians and the same number of Romanian troops.

The Warrior Watcher 2019 exercise will last for 16 days sometime before the end of October at the Ukrainian military airfields and training grounds in the Mykolaiv province. The drills will involve up to 80 Ukrainians and 300 British troops.

Sometime before the end of the year, the multinational Maple Arch 2019 exercise will be held at Ukrainian military training grounds in the Zhytomyr province, involving roughly 100 Ukrainians and 350 personnel from NATO states and members of the Partnership for Peace program.